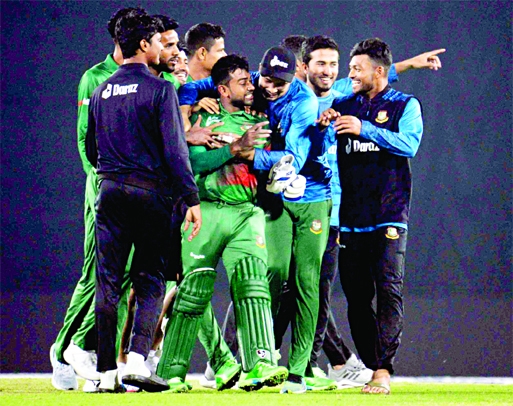 Members of Bangladesh Cricket team celebrate after beating India in their first One Day International match at the Sher-e-Bangla National Cricket Stadium in the city\'s Mirpur on Sunday.