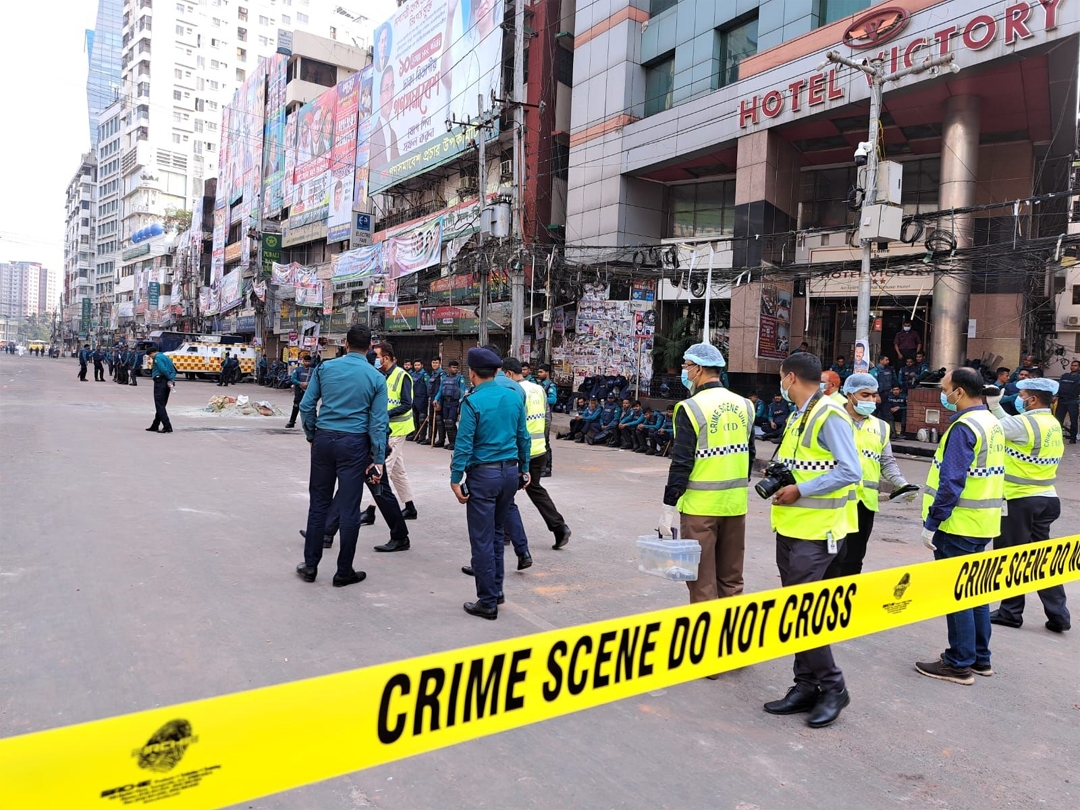 A bomb disposal unit of Criminal Investigation Department (CID) has taken position in front of the BNPâs central office at Nayapaltan in the capital.

A day after a clash and police action in Nayapaltan, a tense situation is prevailing in the area in Dhaka where traffic movement remained disrupted since Wednesday night.

No one is being allowed to enter the area without ID as police set up barricades at the Nightingale intersection in Bijoynagar and Fakirapool crossings. No vehicles were seen in front of the BNP office.

A huge number of law enforcers remained deployed in the area with armoured and police vehicles.

No BNP leaders and activists have been seen at the party office since this morning, after Wednesdayâs clash.

Police stopped Fakhrul when he reached Bijoynagar intersection around 10:50am, after appearing before a Dhaka court in the morning.