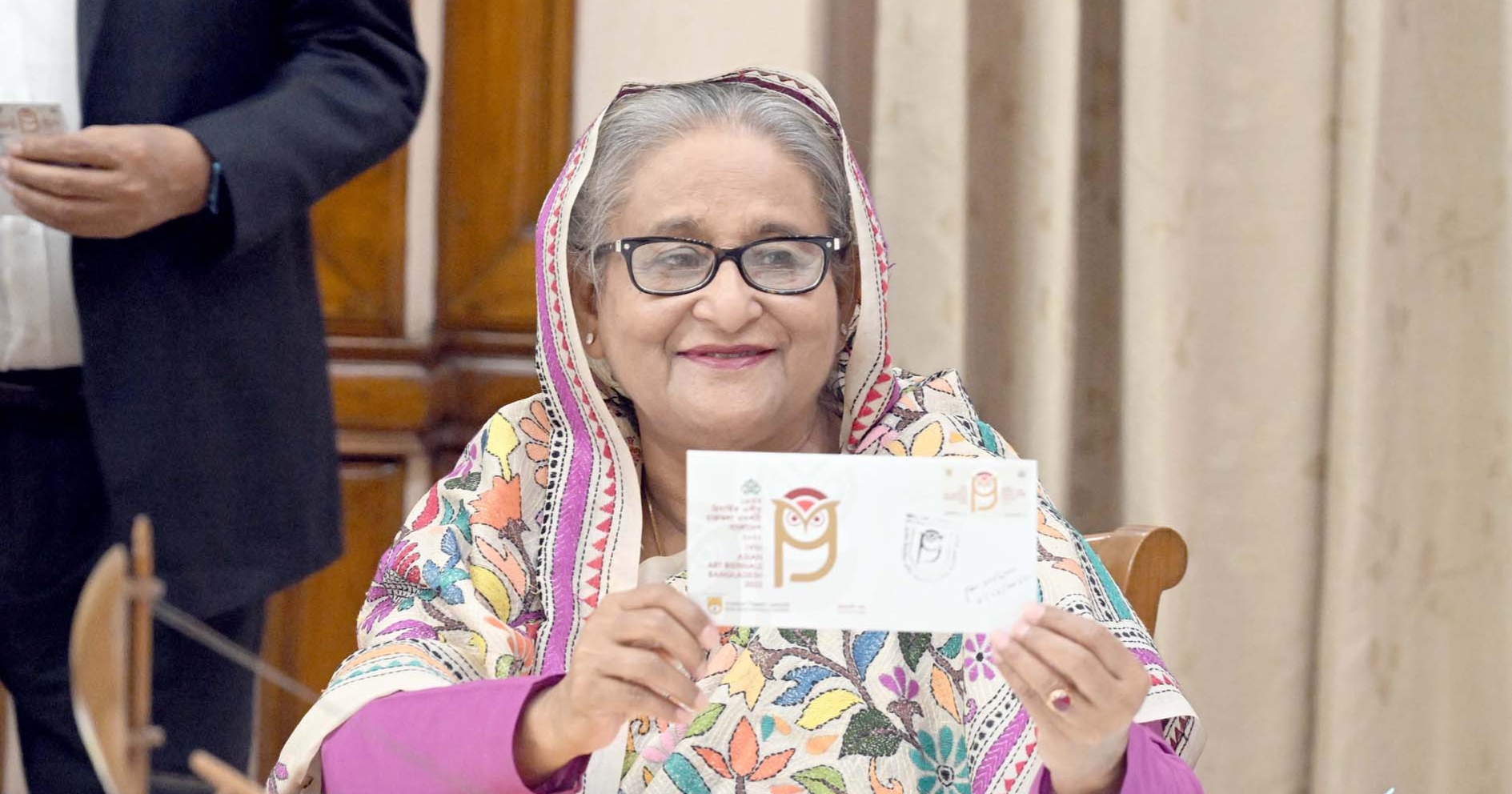 The premier raised the curtain of the month-long art extravaganza, joining itâs inaugural ceremony in Bangladesh Shilpakala Academy (BSA) through a virtual platform from her official residence Ganabhaban.

The exhibition will go on till January 7 -- open every day from 11am to 8pm.

Sponsored by the Ministry of Cultural Affairs, the 19th Asian Art Biennale Bangladesh 2022 includes 649 pieces of artwork created by 493 artists from 114 nations, including 149 Bangladeshi artists.

The 19th edition features a two-day international seminar titled âHome and Displacementâ with the participation of local and foreign artists, art critics, jury and observers. The seminar will be held on Friday and Saturday at the National Art Gallery Auditorium and seminar rooms of the National Theatre Building of the BSA.

In addition to the main exhibition at BSA, the National Museum will display 42 artworks of Bangladeshi master artists from its collection as a part of the art event.

This 19th Asian Art Biennale Bangladesh 2022 is dedicated to the countryâs founding president and the Father of the Nation Bangabandhu Sheikh Mujibur Rahman, who envisioned and established Bangladesh Shilpakala Academy which has been organizing the Asian Art Biennale.

Nine artists were conferred with honorary award, while three others with the grand award.

President of the jury board, artist Rafiqun Nabi, announced the names of the awardees.

On behalf of the PM, State Minister for Cultural Affairs KM Khalid handed over the awards to the recipients.

Earlier, the Prime Minister released a commemorative postage stamp, a first-day cover and a data card on the occasion of the 19th Asian Art Biennale Bangladesh.