âWait to see what happens in Dhaka, people have started waking up,â he says 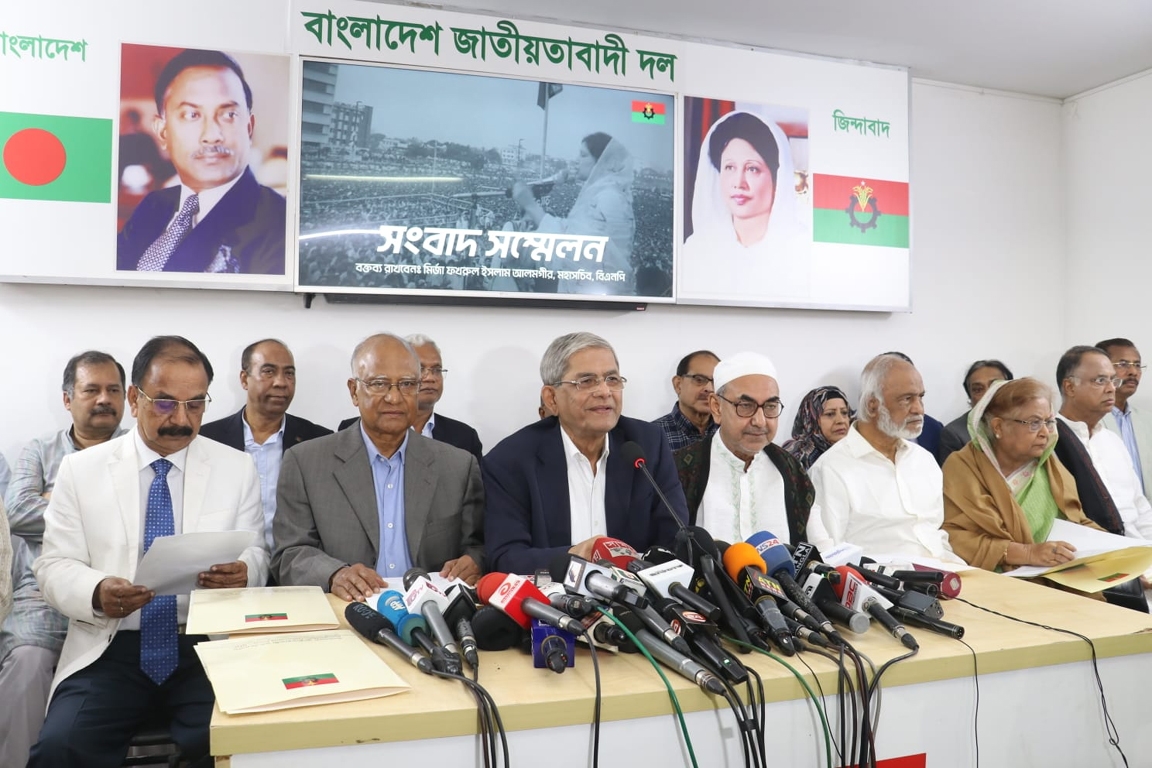 Amid a tense situation and speculations over BNPâs December 10 rally , BNP secretary general Mirza Fakhrul Islam AlamgirÂ  on ThursdayÂ  said they will hold their rally at Nayapaltan on December 10 as planned earlier.

He announced their decision at a press conference at BNP Chairpersonâs Gulshan office this afternoon.Â

BNP took the decision a day after a fierce clash betwwn their party activists and police and police action in front of the partyâs Nayapaltan central office on Wednesday that left one killed and over 50 injured.

âWait to see what happens in Dhaka, people have started waking up,â he said responding to a question from reporters.

âIt is the governmentâs responsibility to ensure the rally is held peacefully. We will consider if the government offers a suitable alternative venue,â he said.

He also demanded the government to reopen the BNP office and withdraw police from the area immediately.

He said their new action programmes will be announced next week to realise their demands, including the resignation of the government, dissolution of parliament and reestablishment of the caretaker government.

He said Wednesdayâs police attack was tantamount to putting the last nail in the coffin of democracy.

Police vandalised furniture and valuable of the office and took away important documents of the party, he alleged.

He said that police members kept the bombs and staged the drama. âThen police claimed they recovered huge explosives from BNP office and declared the area crime scene.â

He said their party sought permission for holding the rally at Nayapaltan, but police gave permission to hold it at Suhrawardy Udyan which was in no way acceptable to BNP.

DMP police commissioner phoned BNP leader Shaheeduddin Chowdury Anne to talk about alternative venue, but he was arrested when came to the DMP office, said Fakhrul.