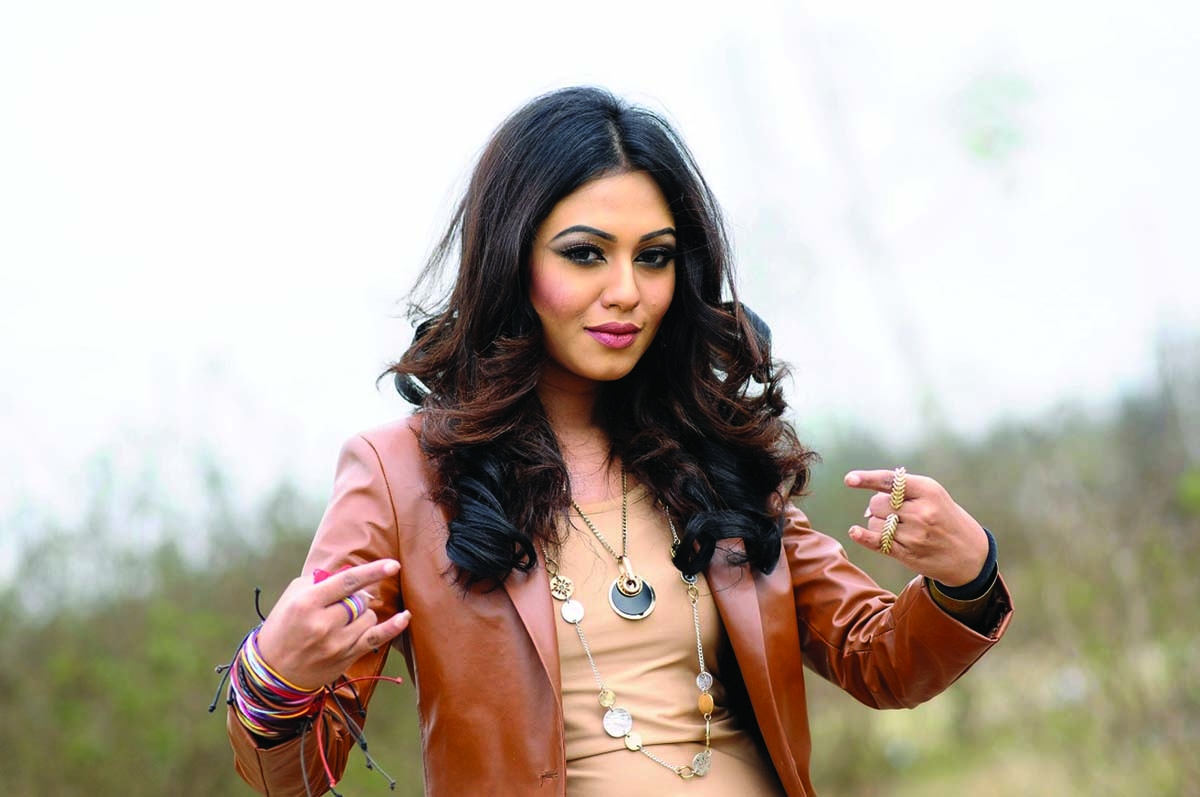 Earlier popular singers James and Ayub Bachchu got popularity to perform in television commercials of âRoyal Tiger Energy Drink.â As part of the celebrity attendance in TVC, popular model cum programme host of present time Nushrat Faria has performed in a TVC of same companyâs energy drink. Nushrat Faria will be seen on the screen as a model of new TVC of âRoyal Tiger Energy Drink,â which was directed by popular actor, play director and advertisement-maker Mahfuz Ahmed. She has performed in role of a rock star in the TVC.Â  Shooting of this expensive TVC was done at Aftabnagar area in the city on Saturday. While talking about making new TVC its director Mahfuz Ahmed told this correspondent, âTo encourage the new generation for gaining energy and inspiration, the new TVC of âRoyal Tiger Energy Drinkâ has been made. Viewers will watch Nushrat Faria in new look in this TVC. And I believe she will be appeared to the viewers with new gate-up. By this TVC, Nushrat will come into limelight. She has performed well in the TVC.âOn the other hand, Nushrat Faria shared her feelings by this way, âThough as a model my career is not so long. Within very short time I got the opportunity to perform in a TVC under the direction of a reputed maker like Mahfuz Ahmed. I am really grateful to him as he gave me the opportunity to perform in his directed TVC. Mahfuz bhai gave a lot of freedom to the performer which is very necessary for an actor/actress.âFuad Al Muqtadir has lent his voice for the jingle of the TVC. Title of the jingle track is: Aamra sobai achhi jibon-er kachhakachhi sundor agamita gorbey, mone rekho Tiger Royal Tiger jitbey. This new TVC of âRoyal Tiger Energy Drinkâ will go on air from the upcoming Asia Cup Cricket next month, said Mahfuz Ahmed.It may be mentioned that recently Nushrat Faria acted two TVCs - âFair & Lovelyâ and âCentre Freshâ became popular among the viewers. In the meantime, under Nushratâs hosting NTV has again started to air magazine show Style & Trends.Â  Popular filmmaker Mostafa Sarwar Farooki will be present as invited guest at Radio Foortiâs ongoing Nushrat Fariaâs show titled Night Shift with Nushrat Faria. This live show will be broadcasted from 12:00 midnight to 2:00am. However, Nushrat is also hosting another new show titled Late Night Coffee on RTV now.