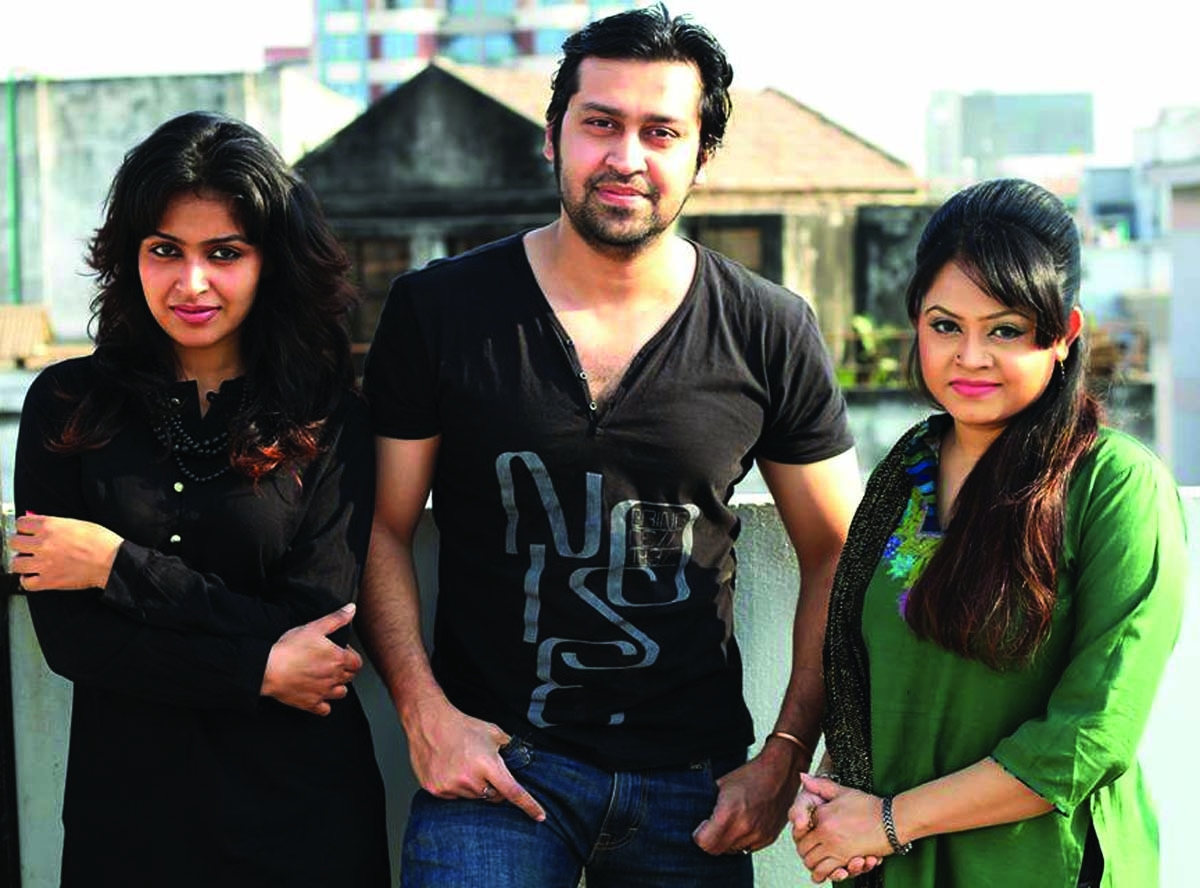 Last year under the music direction of Faisal Rabbekin a mixed album titled Love Duets was released under the banner of Laser Vision.
Popular singers Nirjhor and Mahmud Sunny for the first lent their vocals for a duet track titled Hridoy Jaan-e in the album.
Under the lyrics written by Faisal Rabbekin singer and music composer Mahmud Sunny composed its tunes and music of the track. This track became popular among the listeners.
Recently music video of this track has been made. Mahmud Sunny and Rani Ahad performed as models in the video. Therefore, in the studio part, singer Nirjhor will be also seen in the video. Singer Mahmud Sunny has given direction of the music video himself. It is his directed third video.
By this music video, Mahmud Sunny and Nirjhor will be seen on the screen together. Shooting of this video was done in different locations in the city. Within one week it will go on air in different satellite channels.
While sharing her feelings to perform in new video singer Nirjhor told this correspondent, âNow viewers are bored to watch common type of TVCs. Sunny bhai has tried to make it in different way. Video has been made to keep in mind the adjustment of lyrics of the track. Therefore, it was my first work with Sunny bhai. For this reason, I hope it became a nice work.â
Mahmud Sunny shared his feelings by this way, âThe song titled Hridoy Jaan-e became popular among the music lovers. For this reason, I had planned to make its music video. I have tried to make it in different way. I hope viewers will enjoy the video as like the song.â