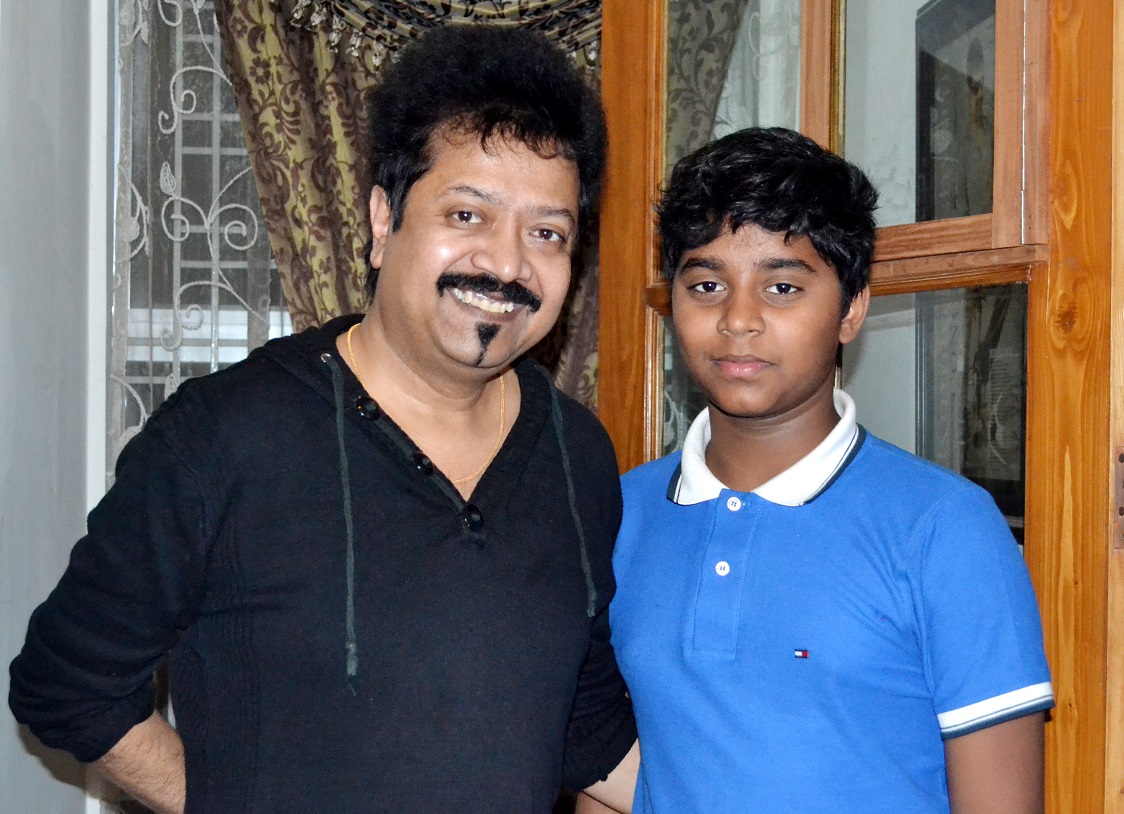 Sutopaâr Thikana is a government-grant movie. Prashun Rahman is making the movie. National Film Award winning singer and music director Kumar Bishwajit is working as its music director.
After hearing the story of Sutopaâr Thikana on of Kumar Bishwajit, Nibir showed keen interest to act in role of Apu in the movie to pay tribute to all the mothers of the world. Then Nibir started acting in the movie. Already he has finished his shooting part.
While sharing her feeling to watch the acting of Nibir popular actress Aparna who is acting in role of Sutopa in the movie told this correspondent, âNibir acted really well. Nobody believed how good he had performed in the movie.â
Kumar Bishwajit shared his feelings by this way, âFrom his childhood, Nibir had interest to follow someone for acting. Even he also followed my style. He can find out any mistake among many people by his observation. He has some special qualities. For this reason, despite having no acting experience Nibir could perform well in Sutopaâr Thikana. I am wishing for his success.â
Now Nibir is studying in Class-VI. He also wants pray to all. Besides giving music direction, Kumar Bishwajit also rendered two playback songs in the movie.
Two other songs were rendered by Samina Chowdhury, while another one was rendered by Chandana Mazumder. Meanwhile, Kona and Kishore have lent their vocals for a duet song in the movie, Bishwajit said.
It may be mentioned that earlier Kumar Bishwajit got the National Film Award to give music direction and rendered playback song for movie Swami Strir Wada, directed by PA Kajol.
For the last few days he has been working only with the movie Sutopaâr Thikana. His close persons who have listened the songs they were impressed and appreciated his compositions. Somebody also said that he could again get the National Film Award for this movie, he said. Â
Radharaman has written lyrics of a song in the movie, while rest five were written by its director Prashun Rahman.Â Â Â Â Â Â