Exhibition of animated short film 'Song of Whales' at AFD 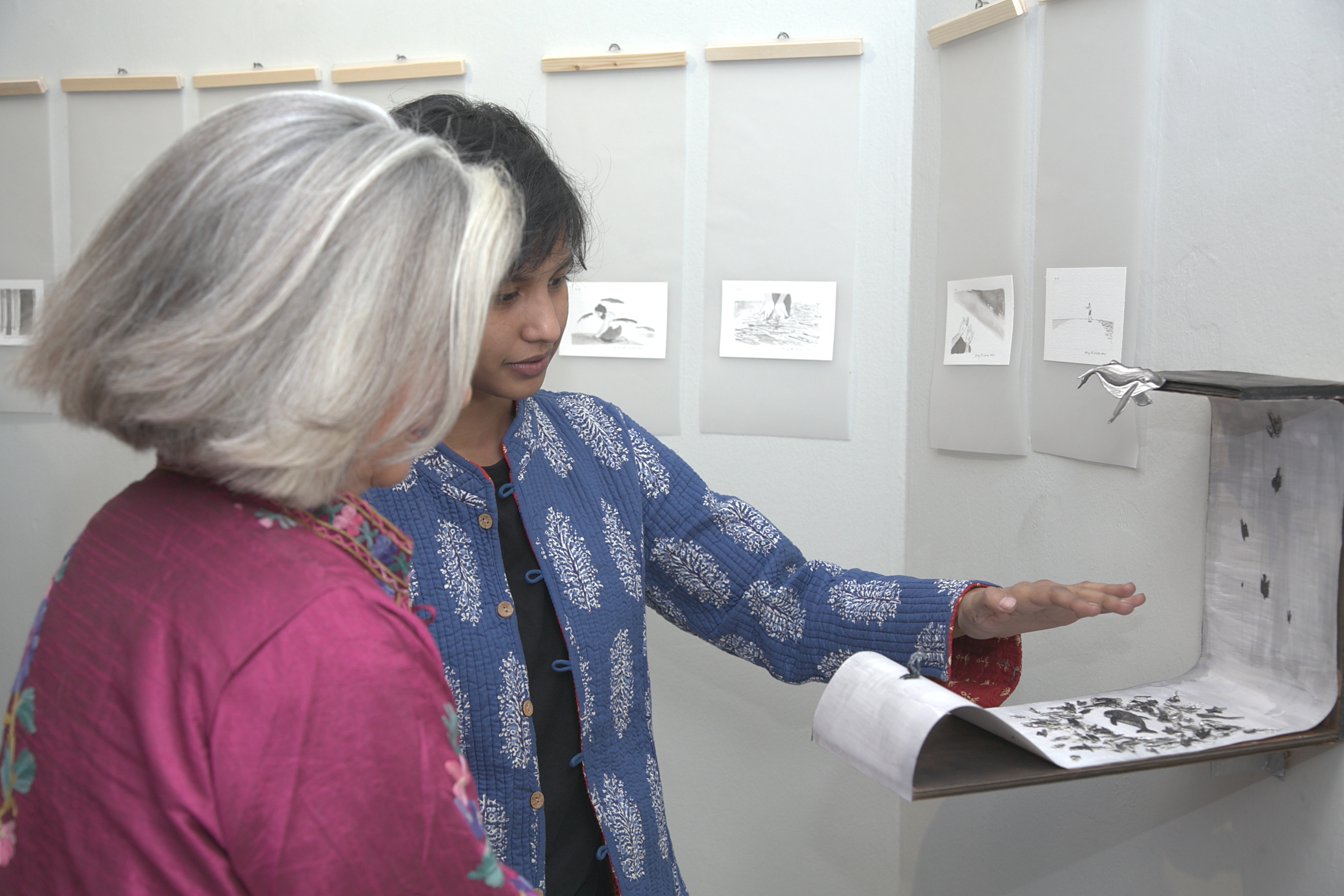 Afroza Hossain Sara (right) showing her art works to a visitor at the La Galerie of the Alliance Francaise de Dhaka. -NN Photo

Entertainment Desk :
A visual art exhibition of the animated short film titled 'Song of Whales' by Afroza Hossain Sara was held at La Galerie, Alliance Francaise de Dhaka (AFD) in the capitalâs Dhanmondi area. The exhibition concluded
on January 24. Maries Masdupuy, French Ambassador to Bangladesh, attended the opening ceremony as the chief guest, said
a press release.
The short film titled 'Song of Whales' is a 2D animated film that depicts the greedy nature of human beings and how it has a devastating impact on nature and the environment. The entire concept has been shown through the eyes of a fisherman and a mother whale.
The exhibition based on the animation comes with strong and emotional visual representations along with mood boards, visuals of the film and interactive texts. The director of the film, Afroza Hossain Sara is an aspiring artist and the co-founder of Team Platform Ltd. She worked with various animation studios and many other international agencies and also participated in both national and international exhibitions and festivals including
the Vail Film Festival Screenplay Competition, West Meets East Screenplay Lab 2023 and others.