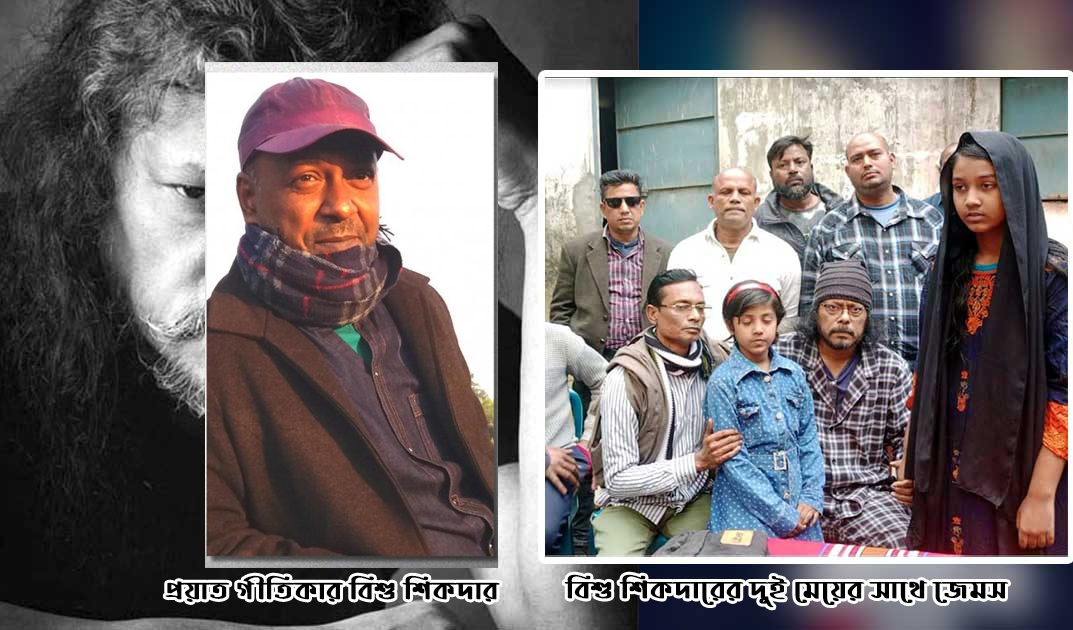 Entertainment Report :
Noted lyricist Bishu Sikdar, who penned many iconic songs for popular singer James including 'Selai Didimoni,' died on January 21. The lyricist made his mark
in the music industry and
earned much praise for writing
wonderful songs for the band Nagar Baul. The last song penned by Bishu Sikdar was 'I Love You,' which was the comeback song of the noted musician guru famed James. Yesterday, James went
to Narail to visit deceased
lyricist Bishu Sikdar's family where he announced that he will take all responsibilities of Bishuâs family and his two daughters-Songita Sukonnya, who is a
student of Class-VII and younger daughter Rafia Roshni, who is
a student of Class-II.
Bishuâs wife Emily told the media that James adored him
a lot and they had shared a great bond. She also added that just a few days ago, he wrote two songs for James. Bishuâs sudden demise has deeply shocked
not only his family but the entire music fraternity.
It is noted that Bishu Sikdar dedicatedly worked for Nagar Baul till his last breath.
Some of his notable works are: 'Jodi Ei Shite Ami More Jai,' 'Ami Tomaderi Lok,' 'Tufan' and
'Bijli,' many others.