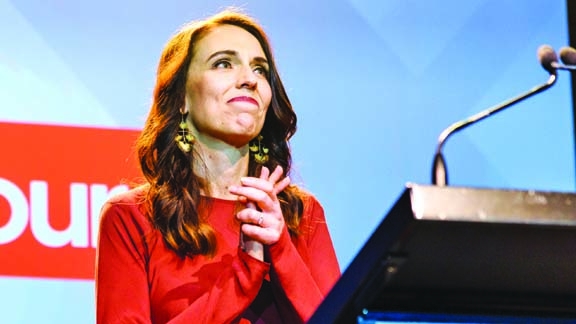 AFPÂ  :
New Zealand prime minister Jacinda Ardern said Tuesday she was grateful for her time in office, insisting that a sustained barrage of online abuse was not the reason for her shock resignation.
The 42-year-old said last week she no longer had "enough in the tank" after a turbulent five years, during which she steered the country through natural disasters, its worst-ever terror attack and the Covid-19 pandemic.
Her resignation, less than three years after an emphatic election victory, has ignited a national debate about the vitriol faced by women leaders, especially on social media.
Chris Hipkins, who will take over as prime minister, has said Ardern experienced "utterly abhorrent" abuse while leading the country.
Ardern however said she would not describe it that way. While on her last public engagement as prime minister, visiting the Maori settlement of Ratana in the North Island, she said she would "hate" for her departure to be seen as "a negative commentary on New Zealand"
"I leave feeling gratitude for having this wonderful role for so many years," she told reporters from the birthplace of one of the country's most influential indigenous political movements.
The popularity of Ardern's Labour government has soured in recent months, hampered by a looming recession and a resurgent conservative opposition.
Hipkins will be sworn in as prime minister on Wednesday, saying it was "bittersweet" to replace his friend of 20 years.
"I'm really honoured to take on the role, but Jacinda is also a very good friend of mine," he told reporters Tuesday.
Hipkins, 44, admitted there were "moments when it sinks in, and moments when it doesn't feel quite real".
Ardern said she would now be stepping back from domestic politics, and offered some advice for Hipkins.