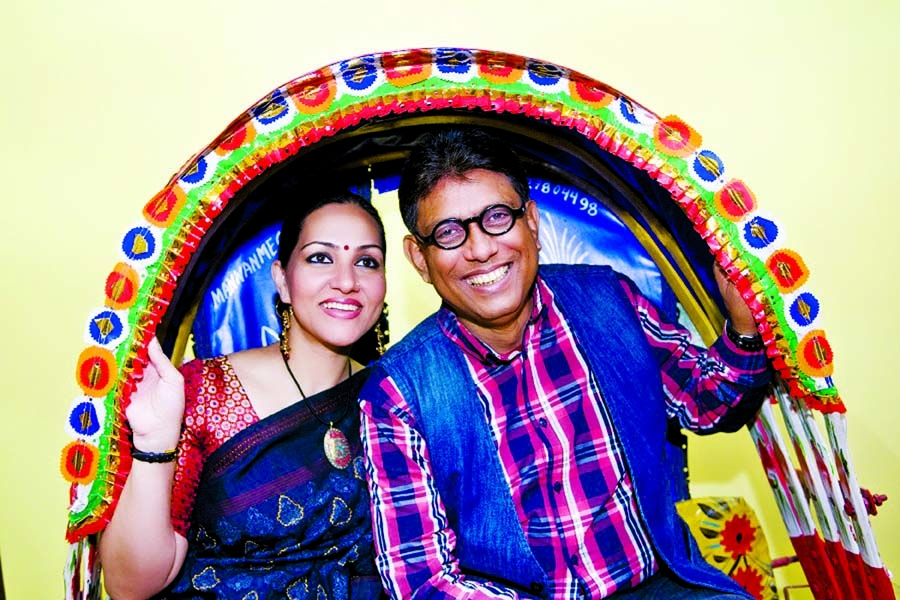 After observing the photograph anybody can think that popular actor, advertisement-maker and play director Afzal Hossain and his wife Tazin are travelling somewhere riding by rickshaw. But it is not the real picture.
Recently Afzal Hossain inaugurated at a restaurant named Adi Dhaka in the cityâs Banani area as the chief guest.
Basically to reintroduce food items of old Dhaka from old parts of the city to new part this restaurant started its journey.
After inaugurating the restaurant Afzal Hossain said, âI have liked the concept of restaurant Adi Dhaka. It is natural to attract the food lovers. Specially after entering the restaurant riding by rickshaw is really exceptional experience, I think so.
Bappi Kazi is the proprietor of Adi Dhaka. While talking with him he said, âThere is a heritage of old Dhaka. To retain that heritage, I have launched Adi Dhaka in Banani. Everybody pray for me.â
It may be mentioned that at Adi Dhaka, food lovers can get any menu of old Dhaka. Politician Mahi B Chowdhury, playwright Faria Hossain, Arif Khan, Nahin Kazi, Shamima Nahrin Tuhin, among others, were also present at the inauguration.Â