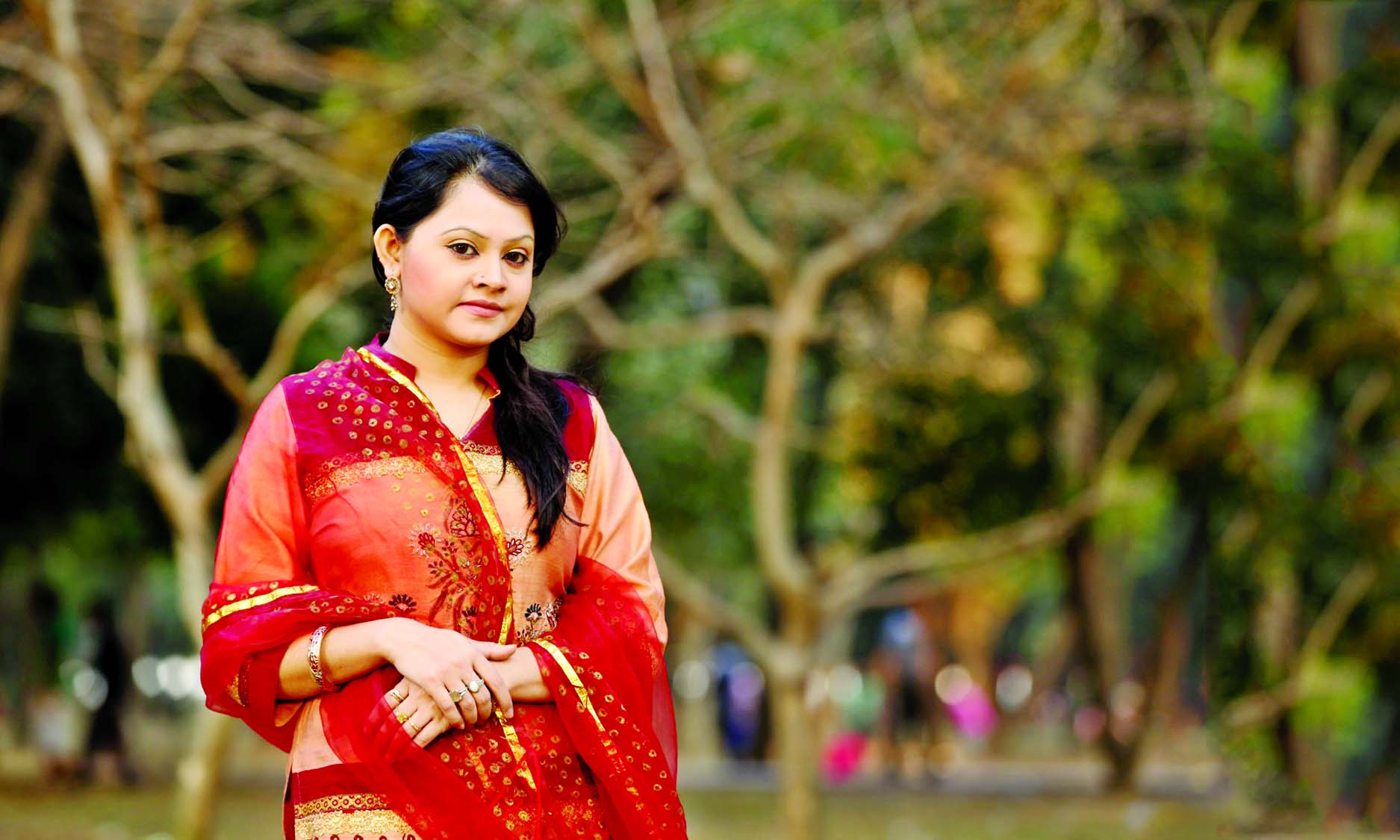 Entertainment Report :For the first time the listenersâ choice singer of present generation Azmeri Nirjhor has given her vocal for the title song of a short film, which story is based on the liberation war. Nirjhor has contributed her vocal for the short film titled Dokhina Duar, which will be made under the direction of Hasan Pasha. Hasan Pasha has also written script of the movie.Hasan Pasha has also written lyrics of the song titled Nishi phurai na, thaka jaina tar bihoney. Amitabh Roy has composed tune and music of the title song. While sharing her feelings to give her vocal for the title songs of the movie Nirjhor told this correspondent, âEarlier I had given my vocal for the title song of several plays. But for the first time, I have given my voice for the title song of any short film. Lyrics of the song were really nice. Therefore, theme of the story of the film is liberation war based. For this reason, I agreed to work in this film from an emotional point of view. I think the work will become an optimistic work for me.âMeanwhile, last week Nirjhor has also contributed her vocal for a jingle track of Zandu Balm under the music direction of Pankaj. In fact, during the month of Victory Nirjhor is engaged with stage shows in Dhaka and outside the capital and live TV shows in different satellite channels, Nirjhor said.On the other hand, Nirjhor has also performed as a model in a music video, made by Ziauddin Alam, with Pritom Hasan in a song titled Sazna. After airing the song in different channels it became popular to all.