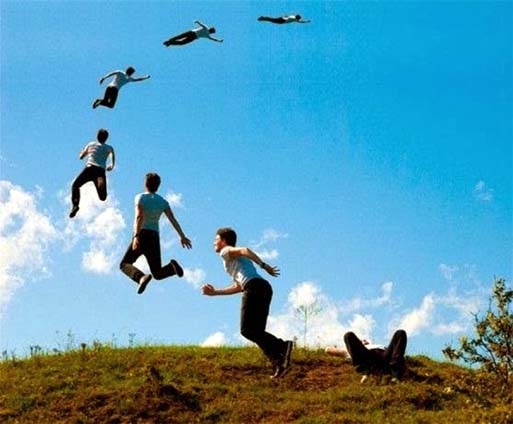 Brain activity of dreamers has been studied by a team of researchers.
The team led by Perrine Ruby, an Inserm Research Fellow at the Lyon Neuroscience Research Center found that the temporo-parietal junction, an information-processing hub in the brain, is more active in high dream recallers.
Increased activity in this brain region might facilitate attention orienting toward external stimuli and promote intrasleep wakefulness, thereby facilitating the encoding of dreams in memory.
It was found that "high dream recallers" have twice as many time of wakefulness during sleep as "low dream recallers" and their brains are more reactive to auditory stimuli during sleep and wakefulness.
This increased brain reactivity may promote awakenings during the night, and may thus facilitate memorisation of dreams during brief periods of wakefulness.
High dream recallers, both while awake and while asleep, showed stronger spontaneous brain activity in the medial prefrontal cortex (mPFC) and in the temporo-parietal junction (TPJ), an area of the brain involved in attention orienting toward external stimuli.
"Our results suggest that high and low dream recallers differ in dream memorization, but do not exclude that they also differ in dream production. Indeed, it is possible that high dream recallers produce a larger amount of dreaming than low dream recallers," the research team concluded.
The study was published in the journal Neuropsy chopharmacology.