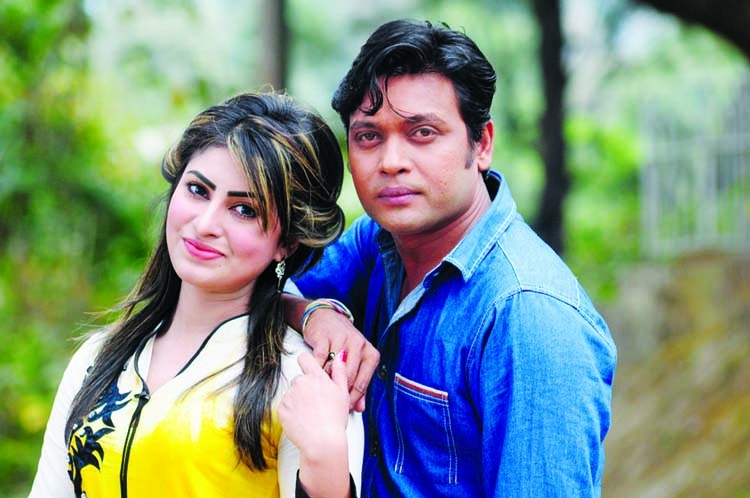 For the third time popular actor Anisur Rahman Milon has performed against popular model cum TV actress Anika Kabir Shokh as pair in a faction play titled Nagorik Bunophul. Â They have performed together under the direction of Rahmatullah Tuhin with the script written by Shetu Arif. Shooting of the play was wrapped up on Monday.Earlier in 2012, Milon first performed against Shokh as pair in the play titled Je Tumi Khub Kachher under the direction of Chayanika Chowdhury. Later they had performed together in another play. While sharing his feelings to perform against Shokh again Milon told this correspondent, âAfter a break of one year, I have performed with Shokh in any play. Shokh has already improved her acting skill. She is now matured actress. She can easily react now while taking part in shooting. I think if she can continue her present condition Shokh will go forward in media in the long run and can establish herself well.âShokh shared her feelings by this way, âI have performed with many senior actors till now. When I go to work with Milon bhai I can realise the acting very much, why it is happened in case of him I donât know. Milon bhai is very cooperative actor. He can teach me how to play with the character nicely.âThe play Nagorik Bunophul will go on air in any satellite channel soon, said its director Rahmatullah Tuhin. On the other hand, Milon has already finished work of movie Moinamoti, directed by Zakir Hossain Raju. Mahiya Mahi performed against him in the movie. Recently he will start to take part in shooting of Rokibul Alam Rokib directed movie Prem Korbo Tomar Sathey and Iftekhar Chowdhury directed movie One Way. Momo and Bobby will perform against him in these movies, Milon said. However, Shokh has finished work of play titled Chotushkone, directed by BU Shuvo, last week.Â Â Â Â