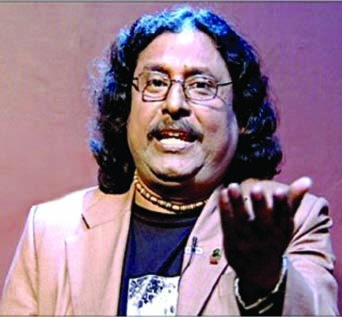 On the occasion of International Mother Language Day noted singer Fakir Alamgir will perform in a live musical show titled Tomai Gaan Shonabo, which will be aired tonight at 11:00pm on Masraanga Televsision.
Produced by Saiful Islam, the show will be hosted by Kawshik Shankar Das.
Fakir Alamgir will perform his several numbers of popular songs in the two-hour long show.
It may be mentioned that February 21 is the birthday of Fakir Alamgir.
However, Fakir Alamgir will share some experiences from his personal life with the viewers and will also disclose his future plans about music in the programme.