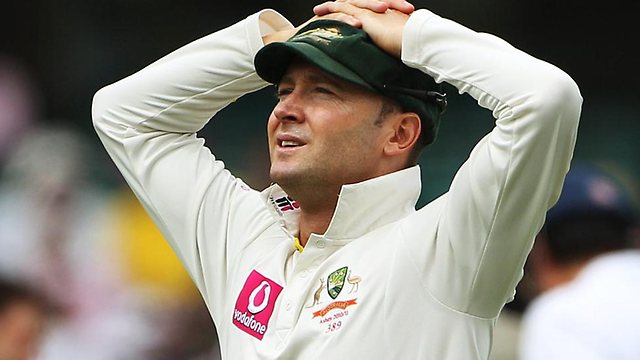 Injured Australia captain Michael Clarke said Wednesday his recovery from hamstring surgery was ahead of schedule as he races against the clock to be fit for next month's World Cup.
Clarke said he had begun running since the surgery three weeks ago, after suffering the injury in the first Test win over India in Adelaide almost a month ago.
Clarke, 33, is expected to be named skipper of the 15-man Australian squad when it is officially announced on Sunday, but it is unclear when he will be fit to return to the field.
Clarke has previously said he is unlikely to be fit for Australia's opening match of the tournament against England at the Melbourne Cricket Ground on February 14.
But Clarke said he was experiencing a quicker-than-expected recovery and could yet be ready to play.
Speaking on Channel Nine's television coverage of the fourth Test against India at the Sydney Cricket Ground, Clarke said he was doing three sessions of practice daily as he ramped up his preparation for the World Cup.
"It's going well, it's feeling really good," Clarke said. "I'm slowly getting back into my running, but I'm not running too quickly.
"I'm three weeks post-surgery yesterday and I'm happy, the surgeon is extremely happy and the Australian medical staff are happy.
"I just have to make sure I don't do too much and progress as slowly as I need to. But as it is, I'm ahead of schedule and everyone is extremely pleased."
It has been a frustrating time for Clarke after he overcame a left hamstring injury to play the opening Adelaide Test against India, but suffered a flare-up of his degenerative back condition on day one.
Clarke retired hurt, returning to the crease the next day and completed a courageous and well-received hundred.
Clarke then injured his right hamstring while fielding on the final day, with scans ruling him out of the rest of the four-Test series.