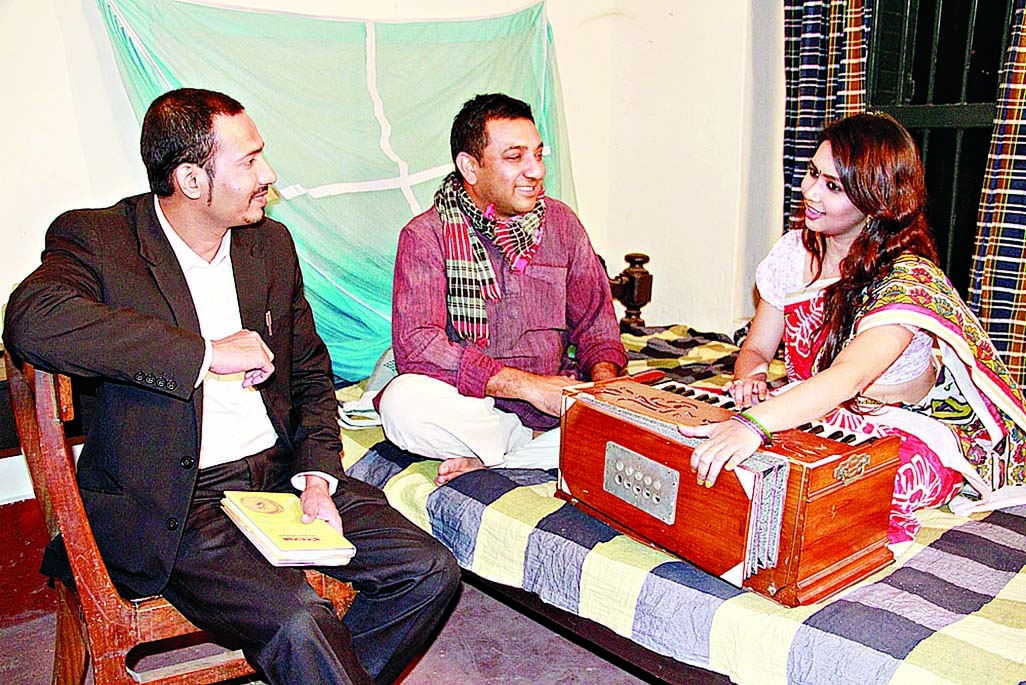 Under the direction of popular TV actor and director Tawquir Ahmed Bhabna and Rajib Salehin performed together in a TV play titled Obak Bhromon-e. Story of the play was written by director Tawquir himself.
Ananda is walking on the street. On his journey he finds rhythm and theme of his written all the poems. While walking he met a person named Afsan who has lost everything in his life. Ananda read out his own poem to Afsan. They visit most of the time either in the green park or book fair.
While walking Ananda gives lesson to Afsan how to survive in the life by remembering the struggling human life, pains of human being in the world and sacrifice of those people who died for the independence of the country.
With this story Tawquir Ahmed made the play Obak Bhromon-e last week. In the play Tawquir acted in role of poet âAnanda,â while Rajib Salehin acted in role of âAfsan.â Bhabna also performed in role of âShyamaâ in the play. Â
While talking about the play its director and actor Tawquir Ahmed said, âThe play Obak Bhromon-e will go on air on the occasion of Ekushey February programmes. For this reason, while making this play I always kept in mind that voices and messages of mass people come forward in the play. I have tried my level best to give direction of the play.â
It may be mentioned that the play Obak Bhromon-e will be aired on Channel i at 6:00pm on February 21.