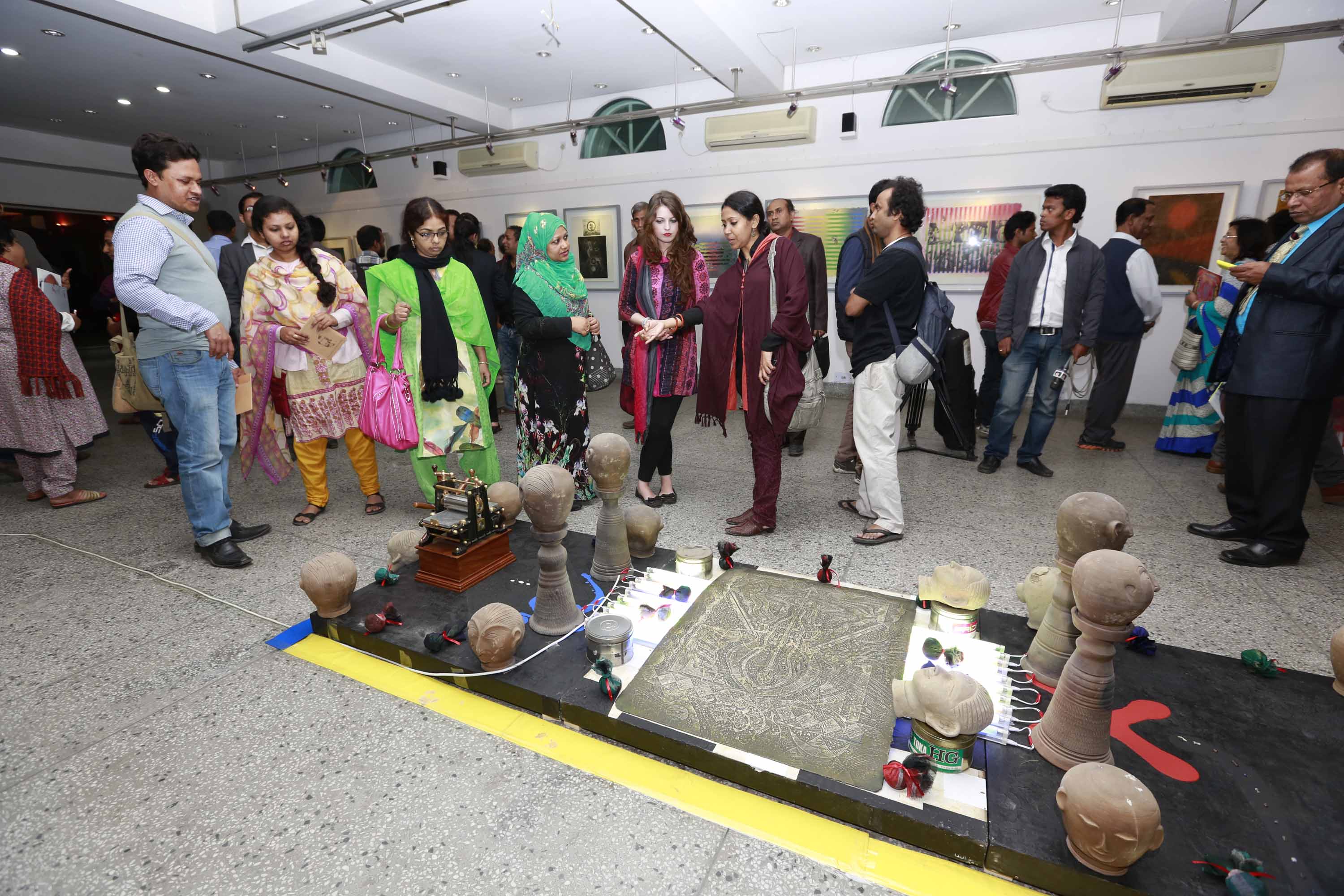 Sheikh Arif Bulbon :
Kalidas Karmakar is indeed a very significant name in the world of modern art of Bangladesh.
At 70, he is still very youthful and exuberant creative person, an artist par excellence.
Kalidas is one of the most internationally acclaimed artists of Bangladesh. He restlessly travelling from Poland to Paris, from Brazil to Beijing, from Turkey to Tokyo, is returning predictably on each occasion to his homeland, to pour out his passion.
The solo art exhibition of famous artist Kalidas Karmakar titled Alluvial Rhythm is going on at the La Galerie of the Alliance FranÃ§aise de Dhaka (AFD) now.
Eminent artist Samarjit Roy Chowdury, Marek Bartelik, PHD, President, International Association of Art Critic and Tashmia Hossain, Editor of weekly Ananna, among others, were present at the inauguration of the exhibition.
Bruno Plasse, Director of AFD, gave the welcome speech to the distinguished guests and also presided over the opening ceremony.
Artist Kalidas Karmakar, born on January 10 in 1946, made his mark as an artist with a difference in his first ever-major solo exhibition held at Bangladesh Shilpakala Academy Gallery in August 1976.
He has distinguished himself as an experimentalist then and remains one even today.
He impressed all of us with his skill in drawing, his adventures with the use of unorthodox materials and media, as well as his philosophical attitude to art.
He is an accomplished graphic artist, especially in etching and mixed media technique.
He specialises in the French multi-coloured etching (Viscosity process) and works with World famous artist SW Hayter who invented the Viscosity technique in 1930 at Atelier-17 Paris.
But what is likeable most in Kalidas, who is such a versatile artist with no boundaries. The exhibition will continue till January 16. n