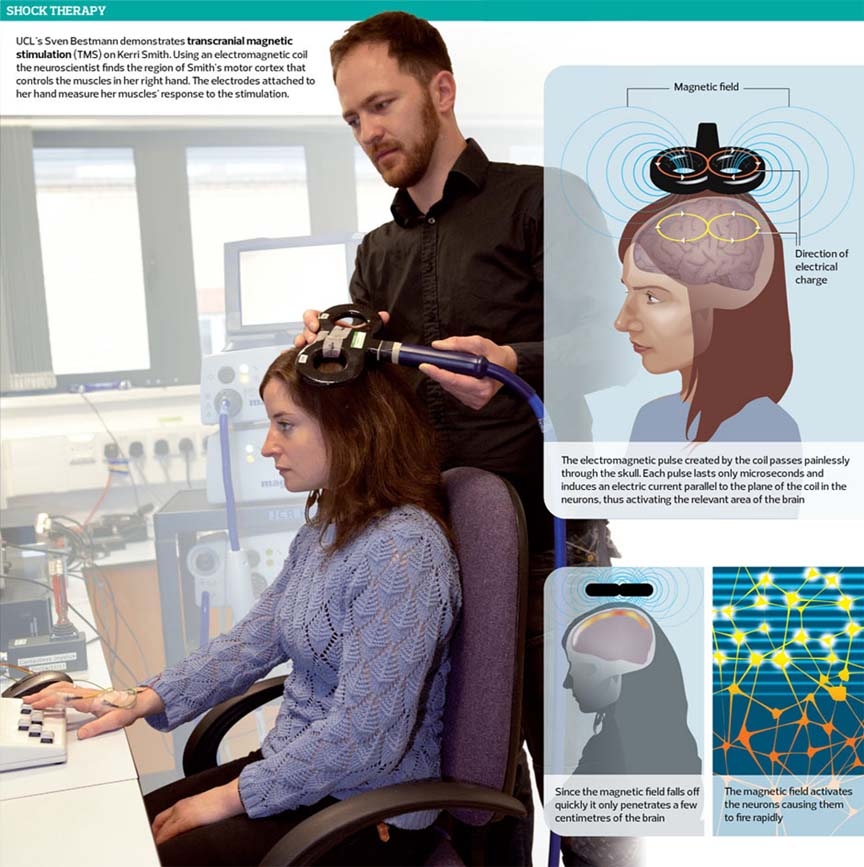 Life Desk :
An Oxford University researcher has revealed that low-dose electric currents are reportedly found to help improve learning in people.
Senior research fellow Roi Cohen Kadosh has been working on a research with children and adults, who are given steady stream of low-current electricity delivered to their brains.
According to Cnet, the procedure, dubbed 'Transcranical electrical stimulation (tES),' is one of the most recent brain stimulation techniques to manipulate the brain and help in improving learning.
Unlike earlier electroshock treatment programs, which tended to placate people with mental disturbances, the goal of this work is to help people with learning disorders overcome their difficulties, and to help others learn better generally.
Cohen Kadosh found that when he attached an anode to the area of the brain known as the left posterior parietal cortex and a cathode to the right side of the same region and applied the mild current, learning skills improved, while reversing the electrical conductors, the treatment didn't work.
The report said that under the study, people wear a tight-fitting cap through which current supplied by a 9-volt battery is passed and the current could be directed to specific parts of the brain that feels akin to having a baby tug on the hair gently.