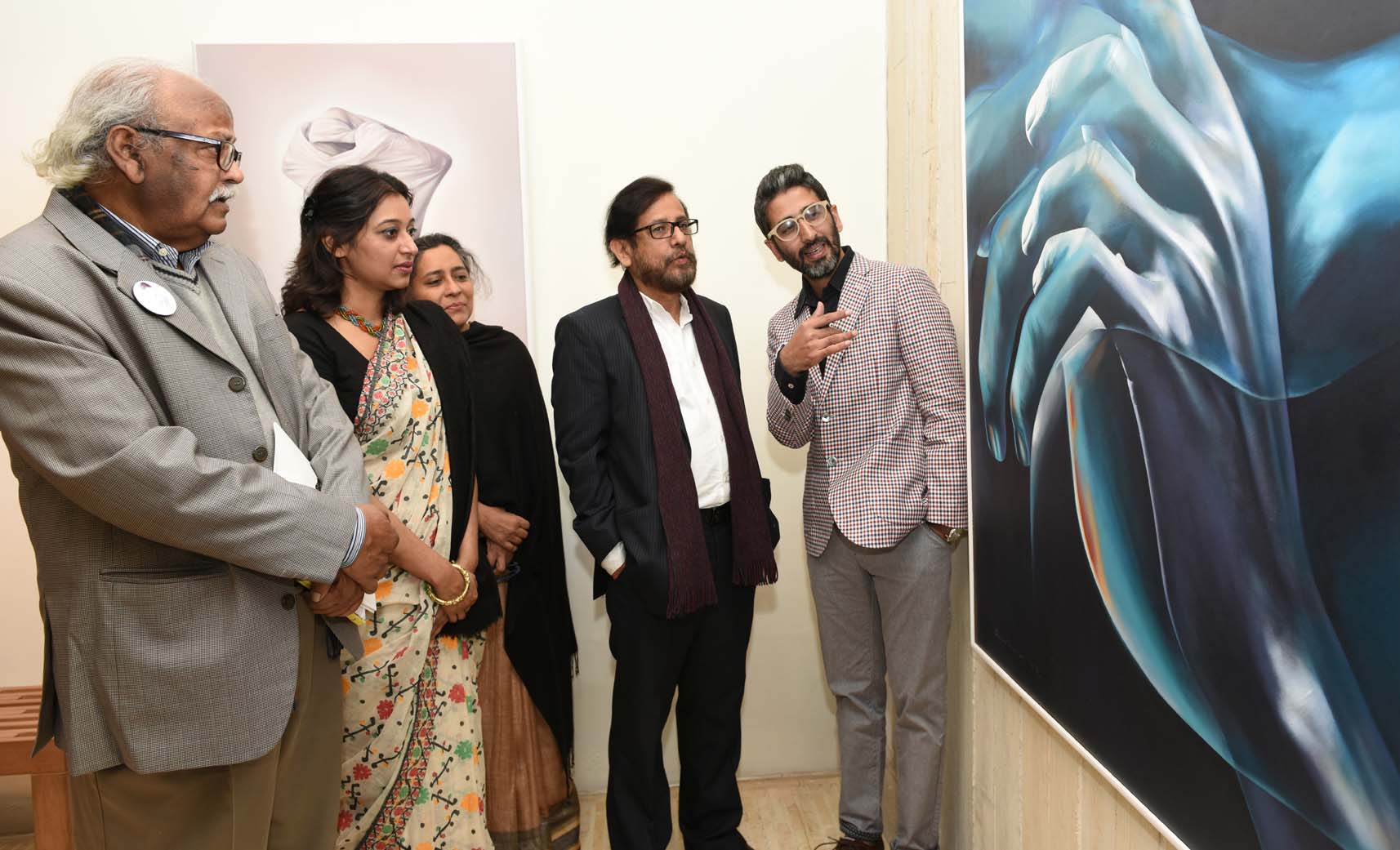 Sheikh Arif Bulbon :
Using the human figure is the main source of inspiration by noted artist Bishawit Goswami who plans an original insight of an age-old theme. His solo exhibition titled In Motion is going on at Bengal Art Lounge in the cityâs Gulshan area now.
Centred on two different series of works, the canvases on display in In Motion reveal a pictorial language that blurs the borders between categories. âQuest for Soulâ focuses on specific parts of the human body - a back, a hand... - sometimes enlarging them to the extreme in a hyper-realistic pursuit.
On the contrary, âMetamorphosis and Physical Existenceâ distorts the familiar shapes of men and birds to subtly depart from the language of reality. Bishwajitâs bold technical choices demonstrate uncommon technical skills. His preference for dark backgrounds and his treatment of light reminding of the Baroque's chiaroscuro further foster the originality of his approach.
The exhibition was jointly inaugurated by Cultural Affairs Minister Asaduzzam Noor MP and noted artist and cartoonist Rafiqun Nabi on January 11.
Born in 1981, Bishwajit recently joined as a lecturer of Drawing and Painting Department at the Fine Art Faculty of Dhaka University.
The painter has already received several accolades of importance and was awarded with a Honourable Mention at the 16th Asian Art Biennial in December 2014. His distinctive images have featured in numerous group shows at home and abroad. Basically âIn Motionâ is the first public solo of Bishwajit.
The exhibition will continue till January 24. n