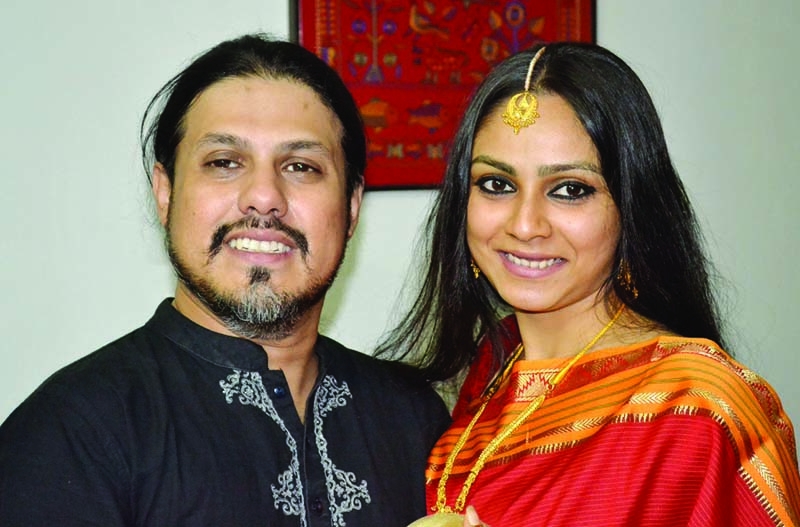 At the end of last year popular TV actress Sanjida Preeti announced that she is going to marry in a day of February 2014. She didnât have any special arrangement in this regard. For this reason, in a homely arrangement aqdh ofÂ  Sanjida Preeti and Jibran Tanveer was held February 19 night with the presence of some family members of both bride and groom. By this way, Preeti and Jibran started their new life.
Jibranâs hometown is Amborkhana of Sylhet. He is cousin of film hero Nayeem. In their wedding ceremony, Nayeem and his wife film heroine Shabnaz were also present. Â
While talking with Preeti she told this correspondent, âEverybody pray for us.â
Therefore, formal wedding ceremony was taken place at RAOWA Club in the cityâs New DOHS area.
It may be mentioned that Preeti acted two drama serials titled Kshonikaloy, directed by Rahmatullah Tuhin, and Progga Paromita, directed by Matia Banu Shuku and Juboraj Khan, are being aired on Maasranga TV and ATN Bangla now.