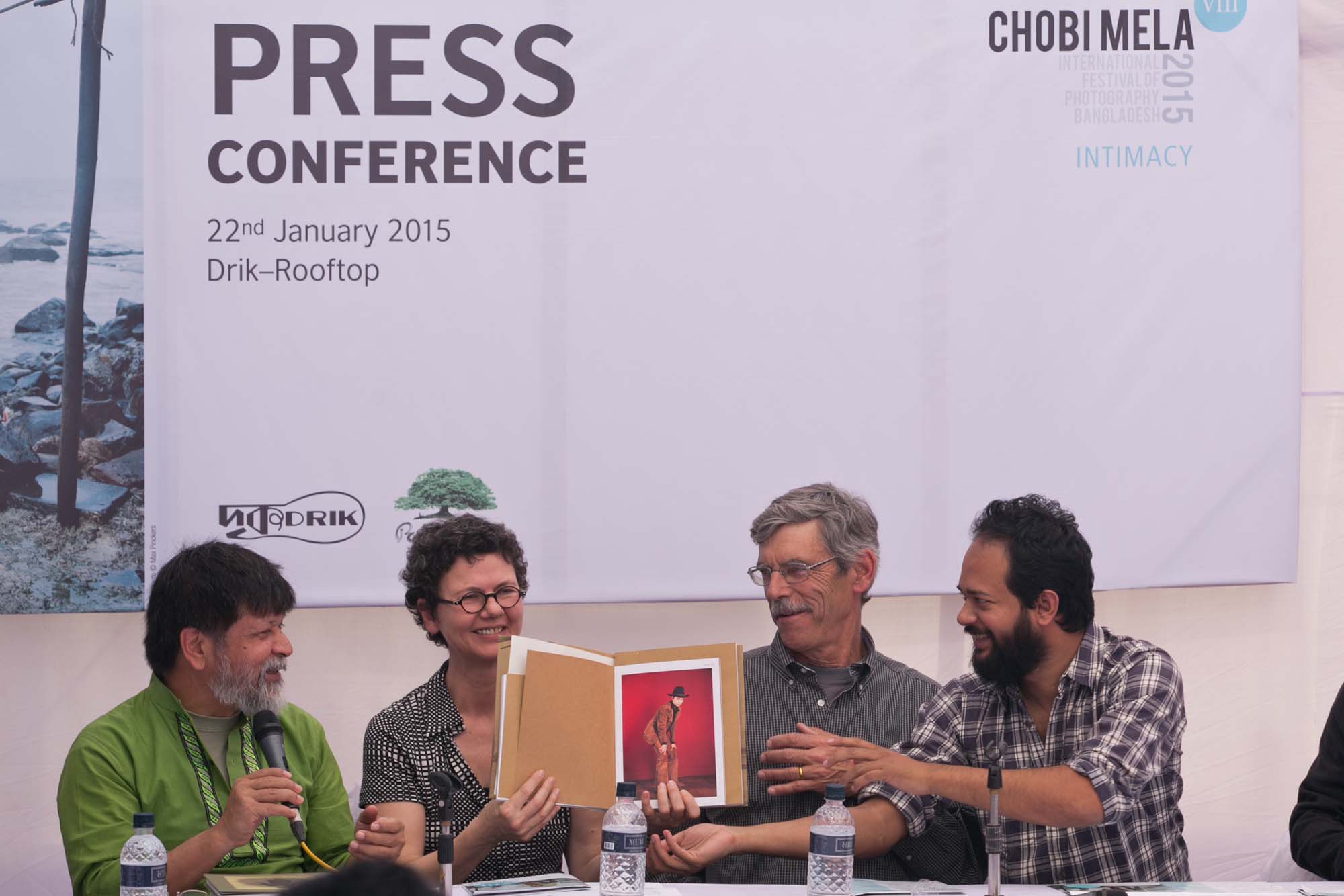 Sheikh Arif Bulbon :
âChobi Mela VIIIâ elevates Bangladeshi art to a new level. The quality and breadth of the work is truly exceptional. The diversity and range, staggering. This festival is a turning point in curatorial approach and will mark a new approach in audience interaction. It is a coming of age of Bangladeshi photography,â internationally renowned photographer Shahidul Alam said this yesterday while talking about the preparations of âChobi Mela,â Asiaâs largest photography festival. The eighth edition of âChobi Mela,â will be launched today.
The two-week long festival is organised every two years by Drik Picture Library Ltd and Pathshala South Asian Media Institute.
The inauguration of âChobi Mela VIIIâ is to take place today at 3:40pm at the National Theatre Hall of Bangladesh Shilpakala Academy in the capitalâs Segunbagicha area.
The theme of this yearâs festival is âIntimacyâ and will feature more than 30 artists from more than 20 countries across the world.
Scheduled for two weeks, there will be 33 exhibitions, 12 workshops, 2 days of portfolio reviews and several artist talks, lectures and presentations.
The festival will take place across 11 venues. Apart from some of the best galleries in Dhaka, the exhibitions will also be showcased in a number of outdoor venues and historic landmarks.
Venues such as the Bokultola, Bulbul Lalitakala Academy of Fine Arts and Beauty Boarding help us take photography everywhere and make âChobi Melaâ more demographically inclusive.
The festival will be inaugurated by the President of Bangladesh, Md Abdul Hamid. Cultural Affairs Minister Asaduzzaman Noor MP; Director General of Bangladesh Shilpakala Academy Liaquat Ali Lucky; Lens Blog Editor and Photographer of the New York Times James Estrin and the Director of Photography of the Geo magazine, Ruth Eichhorn will be also present at the inauguration.
This was announced at a press conference held at âChobi Melaâ secretariat at Drik Rooftop in the cityâs Dhanmondi area on Thursday.
The conference was led by the Festival Director, Shahidul Alam; while curators ASM Rezaur Rahman and Munem Wasif were also present along with guest curators Salauddin Ahmed, architect; Mahbubur Rahman, visual artist and a founder-trustee of Britto Arts Trust; participating renowned photographers of âChobi Mela VIIIâ Kevin Bubriski from USA and Cristina NuÃ±ez from Spain were also present at the press conference. n