Samia-Shaina-Tarin together for first time 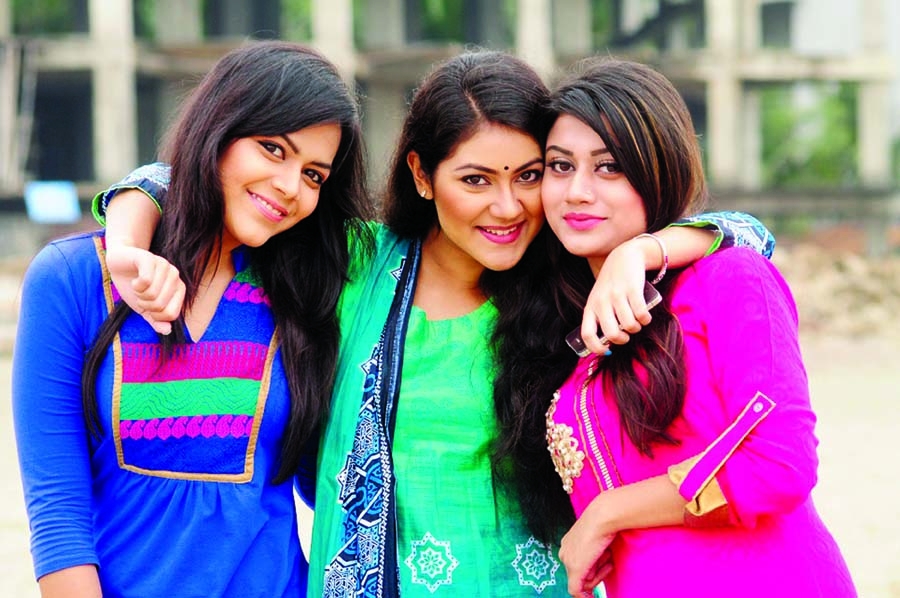 Matia Banu Shuku this time made a TV play after breaking her conventional style of writing story of the play. Title of the play is Ke Bhashabey Shada Megh-er Bhela. Jubayer Ibne Bakar has given direction of the play. In the play, Tania, Tarin and Tuba are three friends. Story of the play revolves with these three friends. Shaina Amin, Lux star Samia and Tarin Rahman performed in roles of Tania, Tarin and Tuba respectively. For the first time they have performed together in same play and also under the direction of Jubayer Ibne Bakar. While talking about her performance in the play actress Shaina Amin told this correspondent, âThere is really exceptionality in the story of the play Ke Bhashabey Shada Megh-er Bhela. We have enjoyed while taking part in shooting of the play. It became a nice play. I think viewers will enjoy the play.â Tarin Rahman shared her feelings by this way, âI have performed in few TV plays till now. Among my performed plays, Ke Bhashabey Shada Megh-er Bhela is one of my best work till now.âSamia expressed her feelings by this way, âIn human life, many things happen. I have realised the matter after working in this play.âThe play will go on air in any satellite channel soon, said its director Jubayer Ibne Bakar.Kazi Asif and Niloy have also performed in two important roles in the play. It may be mentioned that Shaina Amin acted only drama serial is Colour, which is being aired on SA TV now. Shaina acted movie Putro Ekhon Paisawala, directed by Nargis Akhter, is going to release in April, Shaina said. On the other hand, Tarin acted drama serial Patalpurir Rajkonnya is being aired on Channel i now, Tarin said.