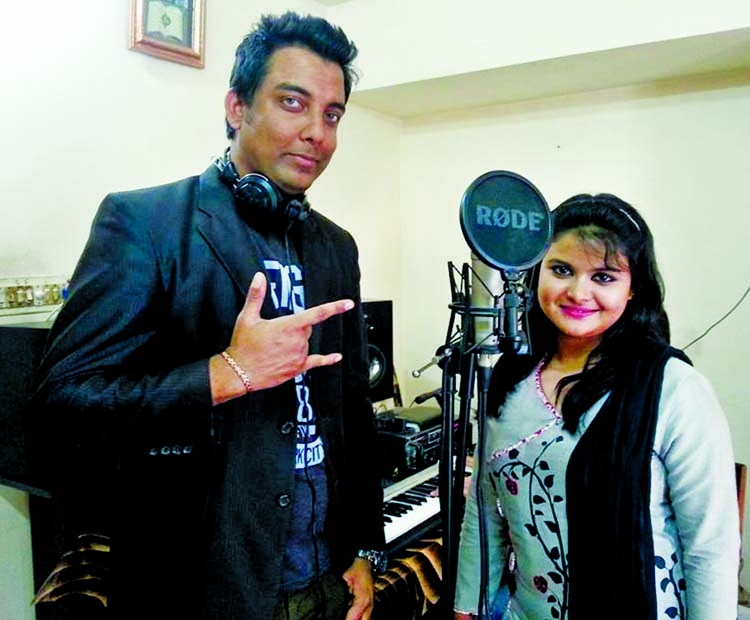 Promising singers HM Rana and Raiyan Brishti have rendered a song together for first time.
With the lyrics written by Rezaur Rahman Rizvi they lent their vocals for a track titled Elomelo at a recording studio in the cityâs Mohammadpur area on February 21 night.
Title of the track is: Tomake dekhar prothom mugdhota/ Chhuye jai ei amai/ Godhuli belai tomar smriti/ Elomelo kore jai.
Music of the song was composed by singer HM Rana himself. The song Elomelo will be taken place in Ranaâs second solo album titled Runner, he said.
While taking about the song HM Rana said, âIn 2012, my debut solo album titled Bhalobashini was released. This year my second solo album Runner is scheduled to beÂ  released. The song titled Elomelo will be included in my second solo album. I have rendered the song in western style. There is also variation in its presentation and rendering style. I hope music lovers will like the song.â
Singer Raiyan Brishti shared her feelings by this way, âIt is my first work after ending Bangldesh Idol. Lyrics and music composition of Elomelo are really nice. I think everybody will like the song.â
It may be mentioned that HM Rana and Raiyan Brishti were among the top 10 contestants in Close Up 1 Tomakey Khunjchhe Bangladesh of NTV and Bangladesh Idol of SA TV.