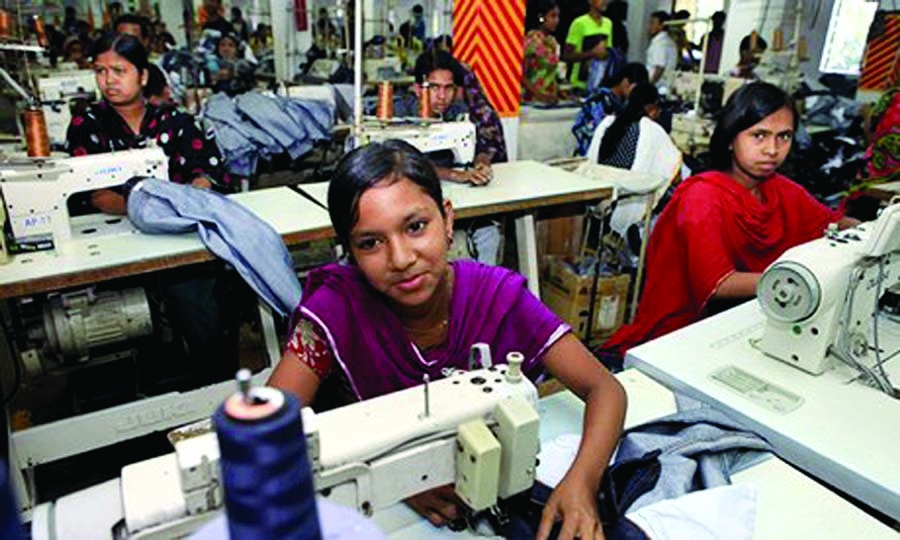 At least 40 percent of the readymade garment factories in Bangladesh do not pay minimum wages to their workers, claims Jyrki Raina, General Secretary of IndustriAll Global Union.
He made the observation on Saturday at a press briefing held at a hotel in Dhaka following his two-day visit to the country. During his visit, he had met government officials, garment factory owners and workers.
It was very unfortunate that those factories were yet to pay the minimum wage to the workers, Raina said, adding that his organisation had already discussed the matter with BGMEA and the international buyers.
Founded in 2012, IndustriAll Global Union represents around 50 million workers in the mining, energy and manufacturing sectors in 140 countries around the world, taking up the fight for better working conditions and trade union rights.
At the press briefing, Raina said his organisation had told the foreign buyers that they cannot avoid their responsibility. However, to protect the interests of the workers they have assured to keep the issue of minimum wage in any new deals they will strike, he added.
He also thanked the Bangladesh government for hiking the workers' wage.
But it should not be the end, he said. The salary must increase gradually so the workers would be able to maintain an honourable lifestyle, Raina said.
He said they had a talk with the BGMEA leaders regarding this.
The international labour leader said the condition of workers in Bangladesh was not good. It was almost inhuman that they do not get to have an honourable life even after working day and night, he said.
Owners apprehend buyers would leave if the workers' wages are raised, Raina said. "But our organisation has talked to 150 brands around the world and they have agreed not to withdraw their business from this country for the next five years."
They also agreed to keep their current order rate for the next two years, he continued.
The IndustriAll Global Union General Secretary said in addition to the 30 international garment factory inspectors, who are already in Bangladesh, 40 more will join them soon.
He said 25 Bangladeshi engineers will also be included in the inspection team in order to strengthen it and finish the assessments by September.
Jyrki Raina also said that international brands together had formed a $40-million fund. He, however, recommended amending the Labour Act while addressing the press on Saturday.
Following the readymade garment workers' outrage over low pay, the Bangladesh government in December last year had fixed Tk 5,300 as the minimum wage for them. This new pay scale was put into effect from that month.