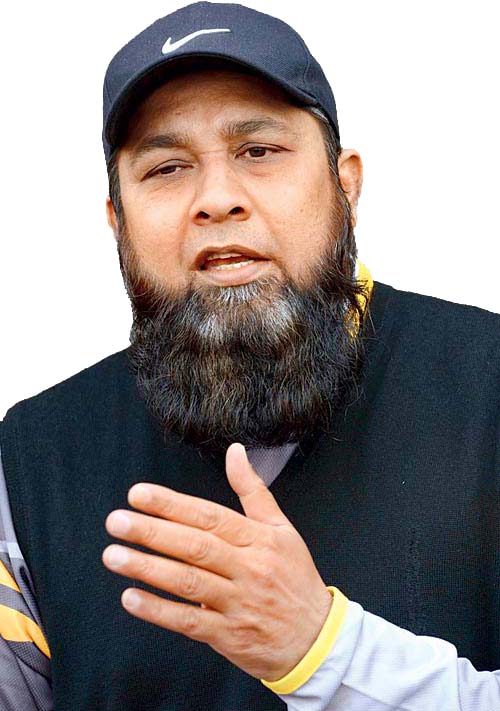 Former Pakistan captain Inzamam-ul-Haq fears the side will contain too many novice players when they bid to break a World Cup hoodoo against India in the Asian giants' Pool B opener in Adelaide on Sunday.
Pakistan have lost all five of their previous World Cup clashes against India and Inzamam said the selectors hadn't helped their chance of ending that streak by loading the team with several callow players -- a decision he said was akin to carrying "excess baggage".
"If one closely looks at our previous five World Cup encounters against India, we didn't give up easily and they were all well-contested matches," said Inzamam in a column for the ICC website.
"In Sydney we couldn't chase 217 runs; in Bangalore we squandered an electrifying start of Aamer Sohail and Saeed Anwar in pursuit of 288 runs; in Manchester again our batsmen faltered despite restricting India at 227 for six and at Centurion when our batsmen racked up 273-seven, the all star-studded pace battery of Wasim Akram, Waqar Younis and Shoaib Akhtar were shot
down by (Sachin) Tendulkar's brilliance.
"This time around, Pakistan doesn't have that class in its bowling line-up.
"I believe the selectors have picked too many youngsters for such a big event and we are definitely short of experience," added Inzamam, who was a novice international himself when he starred during Pakistan's run to the 1992 World Cup title in Australia and New Zealand.
"You go in big tournaments with one or two surprise packages. Ehsan Adil, Sohail Khan and Yasir Shah have unfortunately no experience of big tournaments and it's like carrying too much excess baggage.
"The tall Mohammad Irfan is the only one bowler who I could see troubling the strong Indian batting line-up, which is looking shaky in Australian conditions."