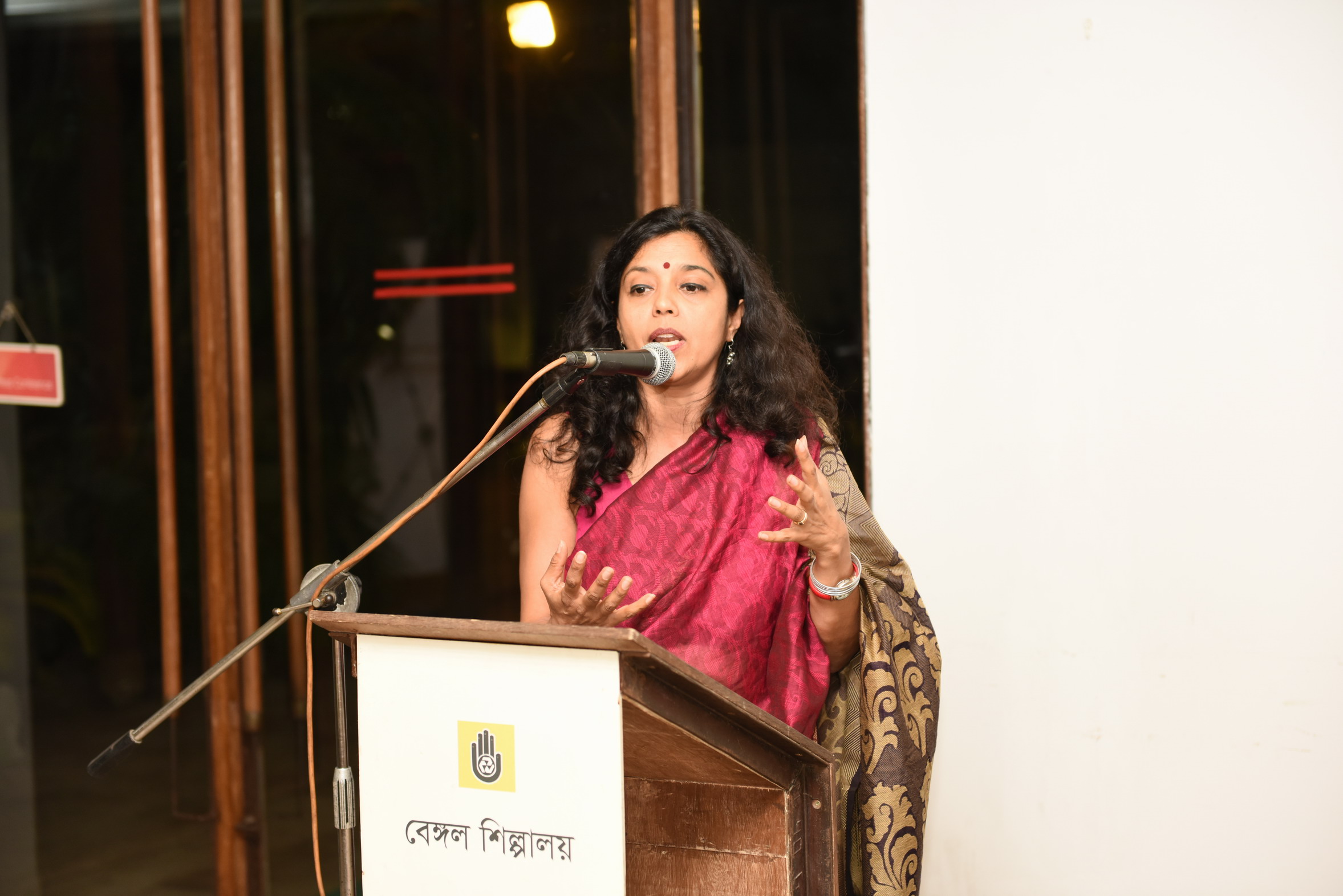 Sheikh Arif Bulbon :
Monica Jahan Bose is a Bangladeshi-American artist, lawyer, and activist based in Washington DC of USA and Bangladesh.
Her work includes painting, printmaking, video, installation, and performance, as well as advocacy on womenâs issues and the environment.
Monica Jahan Bose screened her short film and talked about the ongoing project titled Storytelling With Sarees at Bengal Shilpalaya in the cityâs Dhanmondi area recently.
Storytelling with Saris is an art and social project at the same time. It is a multi-layered collaborative art and advocacy project that uses woodblock prints on saris, writing, performance, and video to address womenâs empowerment in the face of climate change in a remote Bangladeshi island linked to the artistâs heritage.
Monica Jahan Bose worked with rural women in the remote areas of Katakhali in Bhola, where she taught them to do block-printing on saris.
The women turned the saris into artworks with messages of women empowerment.
Later, the participations in the workshop performed songs and dance dressed in the saris they themselves made - all of which was captured beautifully in the film.
Monica Jahan Bose has been working with several nonprofits for almost 20 years. Her paintings have been displayed at exhibitions in the United States, France, Japan and India. n