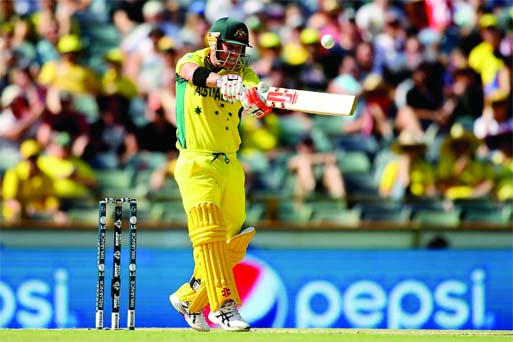 David Warner dealt with the short deliveries with ease during the World Cup 2015, Group A, match between Australia and Afghanistan in Perth on Wednesday. Photo: Agency

Australia posted a World Cup record total of 417-6 as they beat Afghanistan by 275 runs - the biggest winning margin in the tournament's history.
David Warner hit 178 off 133 balls, Steve Smith scored 95 while Glenn Maxwell struck 88 in 39 deliveries in the Pool A encounter in Perth.
Afghanistan were then dismissed for 142, with Mitchells Johnson and Starc taking six wickets between them.
Australia's score surpassed the 413-5 India made against Bermuda in 2007.