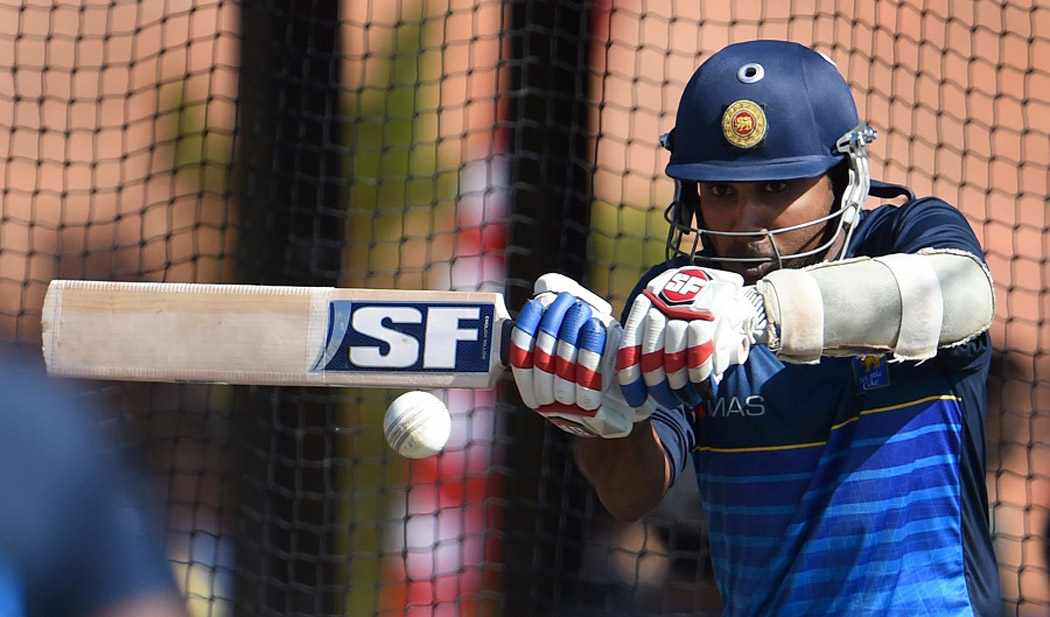 Sri Lanka batsman Mahela Jayawardene pulls a ball in the nets as the team trains ahead of their 2015 Cricket World Cup Group A match against Australia in Sydney on Saturday.

Skipper Angelo Mathews says Sri Lanka are peaking at the right time ahead of Sunday's crunch World Cup pool game against Australia at the Sydney Cricket Ground.
The 1996 winners and finalists at the last two World Cups have won their last three games to edge the Australians for second spot in Pool A behind New Zealand.
Mathews believes it is all coming together for Sri Lanka, who will lock up second spot in the group with victory on Sunday.
"Coming into the World Cup no one really gave us a chance," Mathews told reporters on Saturday.
"We had a pretty poor series against New Zealand. We didn't play that good cricket. But I think we are peaking and I think we're peaking at the right time.
"It's going to be an even contest from the quarter-finals onwards. Whoever plays better cricket on that day will go on to win the World Cup, but we're not looking too far ahead."
Mathews, who captains the tournament's most experienced team which boasts seasoned campaigners Mahela Jayawardene, Kumar Sangakkara, Tillakaratne Dilshan and Lasith Malinga, points to Sri Lanka's strong ODI record against Australia, winning nine of their last 16 meetings.
"When we played the Australians recently we beat them in England. In Australia as well, I remember a few years ago," he said.
"So we have the capacity and we have the skill. It's just they're a hard team to beat.
"We've got to just flush out every single thing in the past and just go out there and enjoy ourselves tomorrow."
Mathews is looking for a lift in the team's fielding to match their imposing batting lineup.
Sri Lanka smashed the third-highest successful run chase in tournament history to clinch a nine-wicket win over England in Wellington last Sunday.
Centuries by Sangakkara and Lahiru Thirimanne ensured Sri Lanka reeled in the 310-run target, scoring 312-1 with 16 balls to spare.
"I think we need to lift ourselves up around the field, especially now in our fielding and also our bowling," Mathews said.
"We need to sharpen our game in that aspect of the game. I think if we can repeat the same performance in our batting that would be ideal."
Sri Lanka will be forced into making at least two changes with spinner Rangana Herath out with a finger injury, while batsman Dimuth Karunaratne suffered a tournament-ending broken finger batting in the nets this week.
"We are forced to make a couple of changes because Rangana and Dimuth are out of the team," Mathews said.
"But we haven't changed our composition too much and it has worked for us so far, so we don't want to change a lot of things.