They are in serial Palonko 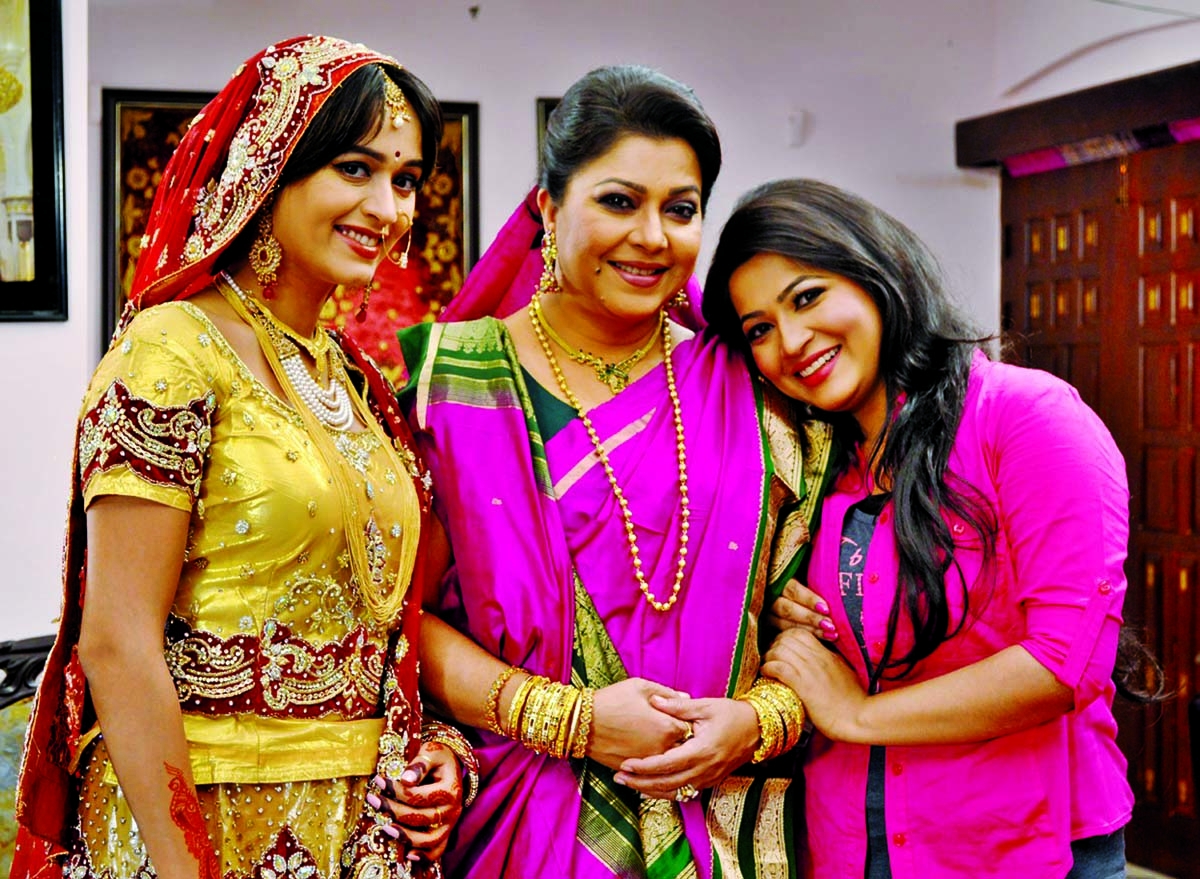 Popular actress Parvin Sultana Diti is now engaged with acting in a new drama serial titled Palonko.
For the first Lux superstar Badhon and popular actress of present time Ahona are also performing along with Diti in the serial, which is being directed by Idris Haider. He has also written script of the serial.
Shooting of the serial began in Nawabganj, adjacent to the capital, from February 23. The serial is being made under the banner of âGuruji Family.â
Director of the serial Idris Haider informed that he has already talked with the authorities of five satellite channels to broadcast the serial Palonko in their channels. He will later confirm in which channel the serial will go on air.
Diti is acting in role of wife of Fuku Mia, âKokilaâ in the serial Palonko. On the other hand, Badhon and Ahona are acting in role of Grohoâs wife and Megh respectively.
These three characters are to be presented in the serial with different dimensions and climaxes.Â Â Â  Â
While sharing her feelings acting in the serial Diti told this correspondent, âStory of the serial is really nice. If its story didnât like me I would never present on the shooting spot after facing a two-hour journey. But I have liked the shooting house in Nawabganj. The house has been decorated in different ways.â
Ahona shared her feelings by this way, âI am requesting the viewers to wait till its broadcasting. They can get the opportunity to watch a nice serial.â
However, Badhon mentioned that the serial Palonko is going to a new dimension in her acting career.
Meanwhile, Diti has finished shooting of movie Most Welcome 2. She has performed in role of female police commissioner in the movie.
On the other hand, Badhon acted only drama serial Yes Boss No Boss, directed by Kochi Khondaker, is being aired on NTV now.
Ahona told this correspondent her acted 13 drama serials are being aired in different satellite channels at present. nÂ