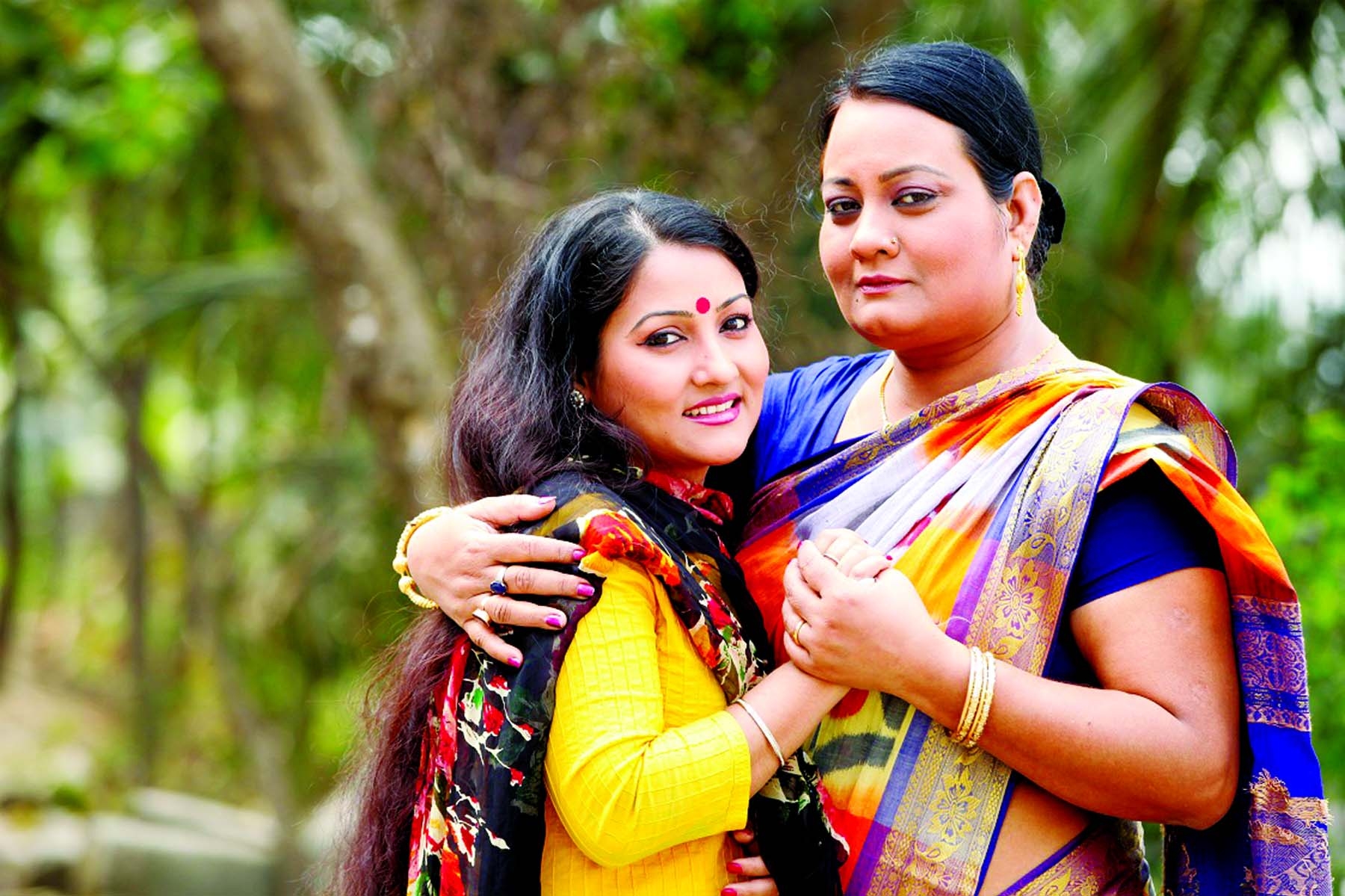 Putul and Shabnam Parvin in a photo session at shooting spot

Entertainment Report :
National Film Award winning actress Hosne Ara Putul first performed with popular actress, pro
ducer and director Shabnam Parvin in 1998. That year Putul performed with Shabnam Parvin in TV play titled Grihosukh Private Limited, which was directed by late Humayun Ahmed. Later they had performed together in many plays.
But under the direction of Shabnam Parvin Putul had no experience to perform in any play.
For the first time, Putul performed under the direction of Shabnam Parvin in a play titled 14 Inch-e Shada Kalo Rongin Television. Â
In reality, they have a nice relationship like mother-daughter. For this reason, they also performed in roles of mother and daughter on the screen.
While talking about Putul, Shabnam Parvin told this correspondent, âPutul is a nice young lady. She is also very talented actress. In fact, I like her acting. She has performed outstandingly in the play.â
Putul shared her feelings by this way, âAs a human being, Shabnam maa is really outstanding. She is always very much cooperative about me.â
Produced under the banner of âShabnam Productionâ the play titled 14 Inch-e Shada Kalo Rongin Television will go on air on Channel i in March.
It may be mentioned that Putul
performed in Humayun Ahmed directed movie Agun-er Poroshmoni. To perform in the movie, she got the National Film Award. Within very short time, Putul acted movie titled Jonakir Alo will go on air soon. She performed in role of Bidya Sinha Saha
Mimâs sister-in-law.
On the other hand, Shabnam Parvin is going to start her new produced movie. Her directed other two plays - Emon Moja Hoina and Swapno Kheya will go on air in any satellite channels soon, Shabnam Parvin said.Â Â Â Â Â Â Â Â Â