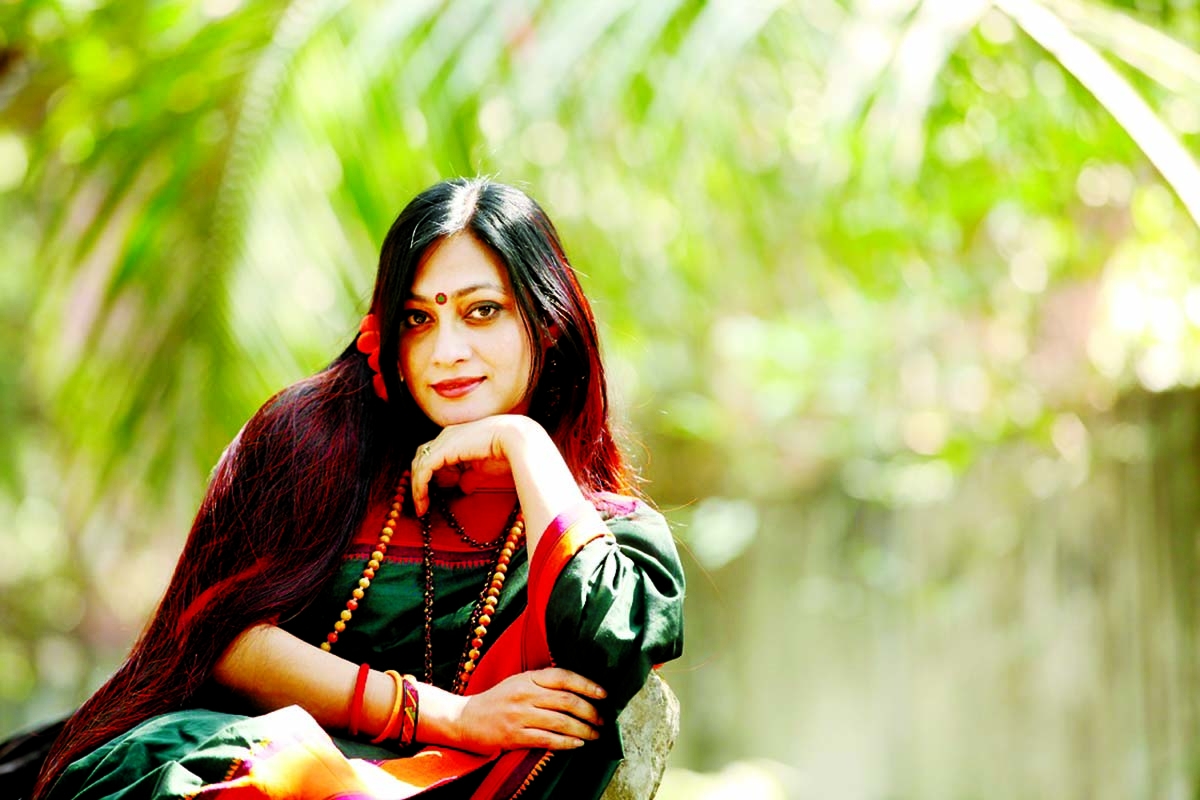 Sumona Haque is very familiar to all as a singer. But she is totally detached with music now. Her present concentration of work is drawing. She cannot set her mind to other activities except drawing. Now she is taking preparation for her next solo exhibition. She is trying to depict natural beauties using oil colour to abstract form on her canvases.Â  Â
Now Sumona is drawing on the canvases at own residence in the city by own way. While asking her when the exhibition is to be held Sumona Haque replied, âI had planned to showcase my artworks in my sixth solo exhibition on birthday (August 1). But now itâs become impossible for me to arrange the exhibition in August. Now I am planning to reschedule it to the end of this year. Everybody pray for me as I can successfully arrange
my solo exhibition.â
Besides rendering songs during her childhood life former student of Drawing and Painting Department of the Faculty of Fine Arts of the University of Dhaka Sumona Haque had fascination in drawing. She has five solo exhibitions - three times in Bangladesh and rest two times in Japan and USA each.
Lifestyle, activities and ideologies of SM Sultan, Shilpacharya Zainul Abedin, among others, always attract Sumonaâs mind while drawing on canvases.
In the field of music, Sumona Haque is called the âqueen of jingle.â Though she received training in classical music from Ustad Gopal Chandra Das and Utsad Phul Mohammad Sumona later became a popular singer of modern song.
In the middle of 80âs, she was enlisted as a singer in Bangladesh Television (BTV). Her first solo titled Mayabi Raat-e was released in 1988. After a break of 12 years, her second solo titled Majh-e Kichhu Bochhor Gelo was released. Her last solo album titled Tumi Robey Nirob-e, based on Tagore songs, was released under the banner of Bengal Music.
Sumona Haque lent her vocal for so many popular jingle tracks like Manola maan-e tolomol shishir-er labonnyo, Rani rani rani rani kon rani Bourani print sari Bourani, Ondhokar-e poth dekhatey Olympic Olympic Olympic battery, Priyo priyo priyo- priyo priyo priyo - Sundori print sari, Ole ole pappa - shona jadu monirey, etc.Â Â Â