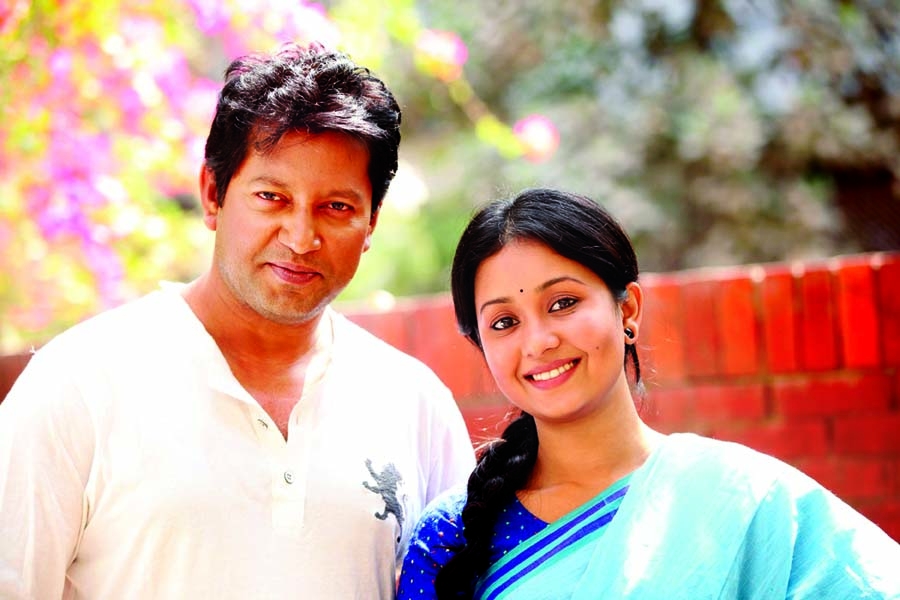 When Humayun Ahmed was alive proprietor of book publication house, Annyo Prokash Mazharul Islam showed Humayun the script of his one of the most popular novels Ekjon Mayaboti.
But Humayun didnât like the script during that time. For this reason, Mazharul Islam couldnât make a drama serial due to disliking of Humayun Ahmed.
Now Humayun Ahmed is not alive. But Mazharul Islam strongly believes that if he (Humayun) would alive heÂ  might like the script of Ekjon Mayaboti.
With the script written by Arun Chowdhury, Mazharul Islam has started to make 52-episode drama serial titled Ekjon Mayaboti on Monday.
Popular actor and play director Mahfuz Ahmed and Monpura famed actress Farhana Mili are working together as pair in the serial for first time.
Mahfuz is acting in role of âMonjur,â while Mili is performing in role of âJahanaraâ in the serial.
While talking about the serial Mahfuz Ahmed told this correspondent, âBasically main story of the serial is based on Humayun Sirâs story and Mazharul Islam is giving direction of Ekjon Mayaboti. For this reason, I am acting in the serial stopping other works right now. It may be my only acted drama serial in this year.â
Mili shared her feelings by this way, âFor the first time I am working in any drama serial which script is based on Humayun Sirâs novel. I am slightly feeling nervous in this regard. But I shall try my level best to express my role in the serial. I am grateful to Mazhar bhai to give me the opportunity to perform in Ekjon Mayaboti.â
It may be mentioned that in 1999, Annyo Prokash first published Humayun Ahmedâs book titled Rupar Palonko. The novel Ekjon Mayaboti was published under the banner of same publication house in 2002.
Mazharul Islam directed first TV play was Humayun Ahmedâs Bhalobasha. It was aired on Channel i in 2008. Later he made plays - Golper Naam Ja Hoi, Se Ek Shondhya and Ebong Tarpor.
For the first time Mazharul Islam is making drama serial. This serial will also be aired on Channel i. Mamunur Rashid, Shahiduzzaman Selim, Tania Ahmed, Sumaiya Shimu, among others, will also perform in drama serial Ekjon Mayaboti, said director Mazharul Islam.Â Â Â