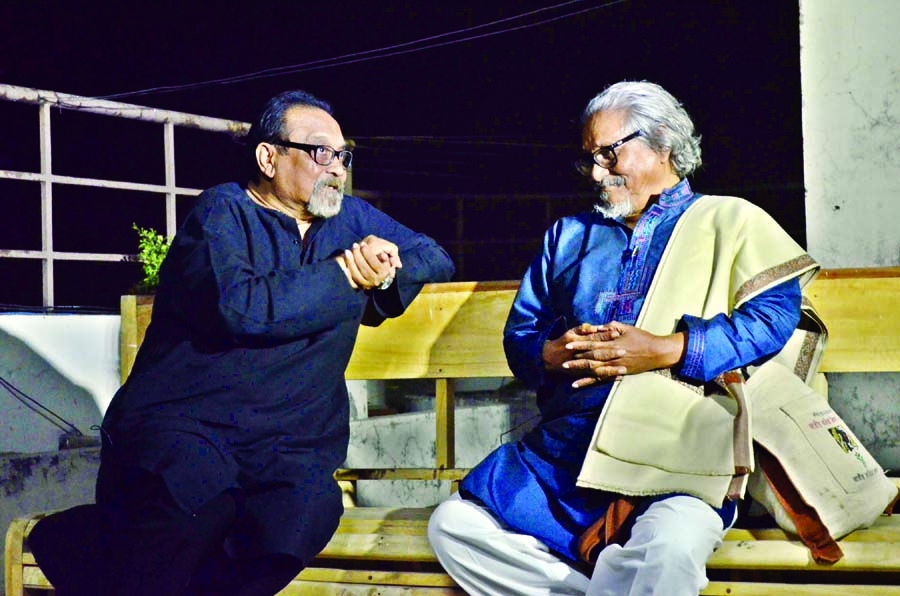 Aly Zaker along with poet Asad Chowdhury in the programme

Noted theatre personality Aly Zaker will be present at exceptional celebrity participant street show Raat Biraat-e on Banglavision tonight.
The programme, produced by Kawnine Saurabh, will be host by eminent poet Asad Chowdhury.
The show will be aired at 11:30pm.
While taking part tonight's episode, Aly Zaker will reminiscence many memories of his personal life in Dhaka and will also share these with the host of the programme to disclose it for the viewers.
He will also tell his future plan in the programme. He will travel his favourite places in the capital during night.