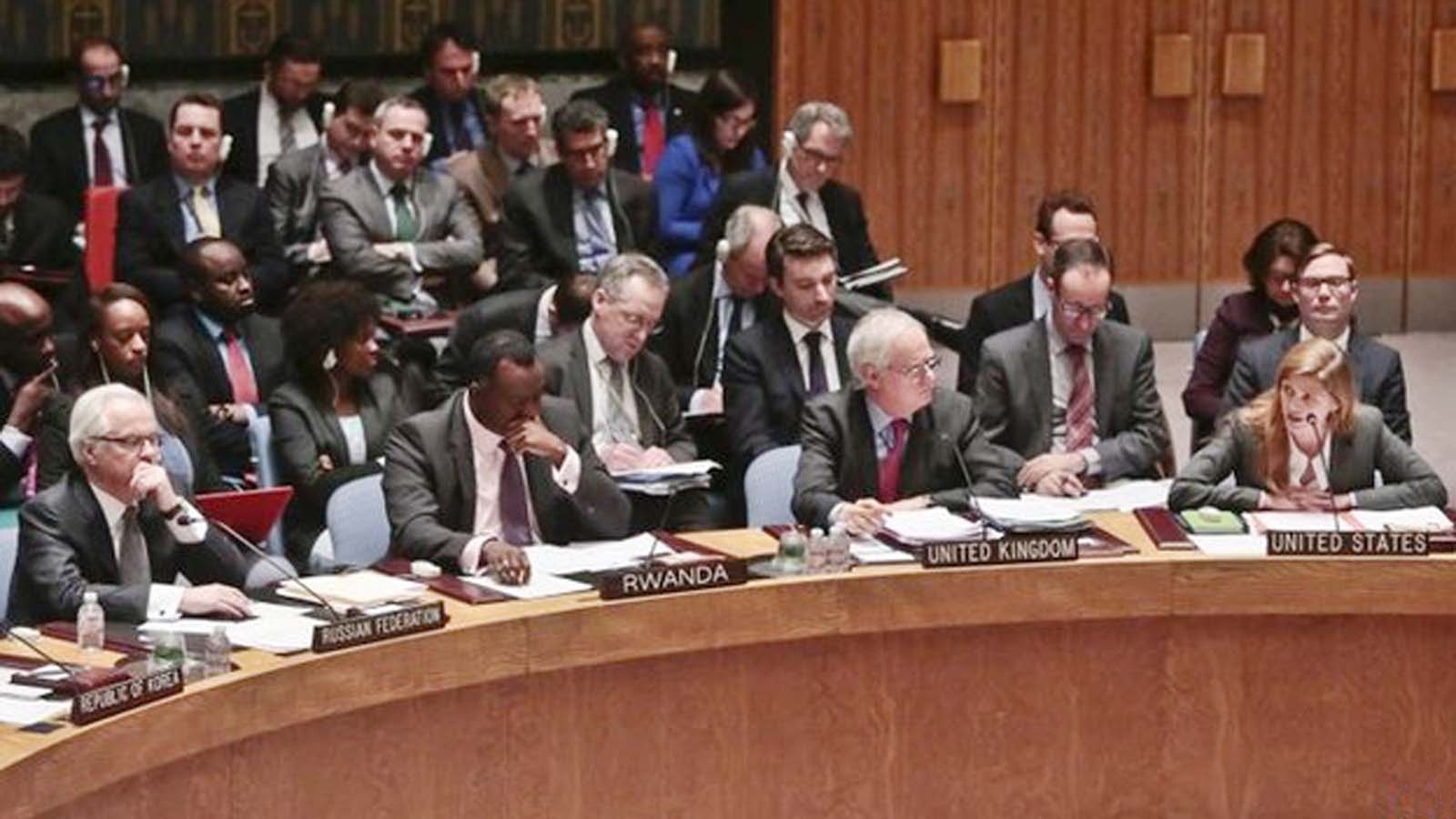 Vitaly Churkin (L), Russian Ambassador and Samantha Power, US Ambassador were both uncompromising leaders had talks at UN security council meet at UN headquarters on Ukraine crisis held on Monday.

Ousted Ukrainian President Viktor Yanukovych asked Russia to send troops across the border to protect civilians, Moscow's UN envoy has claimed.
Vitaly Churkin told a Security Council meeting Yanukovych wrote to Russian President Vladimir Putin on Saturday.
Thousands of Russian troops have been pouring into Ukraine's Crimea region.
Russian forces have also been holding military exercises near Ukraine's borders, but now Putin has ordered them back to base, the Kremlin says.
Ukraine said Russia had set a deadline for its forces in Crimea to surrender by 03:00 GMT. So far there have been no reports of any incidents.
Russia has denied issuing any ultimatum.
Covering the UN on Monday felt like time-travelling back to the days of the Cold War, when America and the Soviet Union used the Security Council not as a forum to resolve problems but as a platform to voice strong rhetoric.
Lending the angry session an even more nostalgic feel, it also featured a prop - a letter from Ukraine's ousted President Yanukovych, brandished by Russia's Ambassador Vitaly Churkin, requesting Moscow's intervention to protect the country's Russian-speaking people.
US Ambassador Samantha Power said pointedly that Russia was responding to an imaginary threat, and that its military action was not a human rights protection mission, but a violation of international law.
Adding to the chorus of criticism, UK ambassador Sir Mark Lyall Grant added this was the 21st Century, not 1956 or 1968, a reference to the Soviet crackdown in Hungary and what was then Czechoslovakia.
The Kremlin has argued in favour of the intervention, which has sparked outrage and threats of economic sanctions from the US and EU.
Western ambassadors dismissed Russia's arguments as groundless.
US Secretary of State John Kerry is on his way to Kiev to meet Ukraine's new leaders and show support for the country's sovereignty.
Meanwhile, Ukraine's UN envoy Yuriy Sergeyev says Russia has deployed about 16,000 troops to the peninsula.
Ukrainian defence sources accused Russia's Black Sea Fleet chief Aleksander Vitko of threatening a full-scale assault if they did not surrender by dawn on Tuesday.
A Russian spokesman later denied that any ultimatum had been issued.