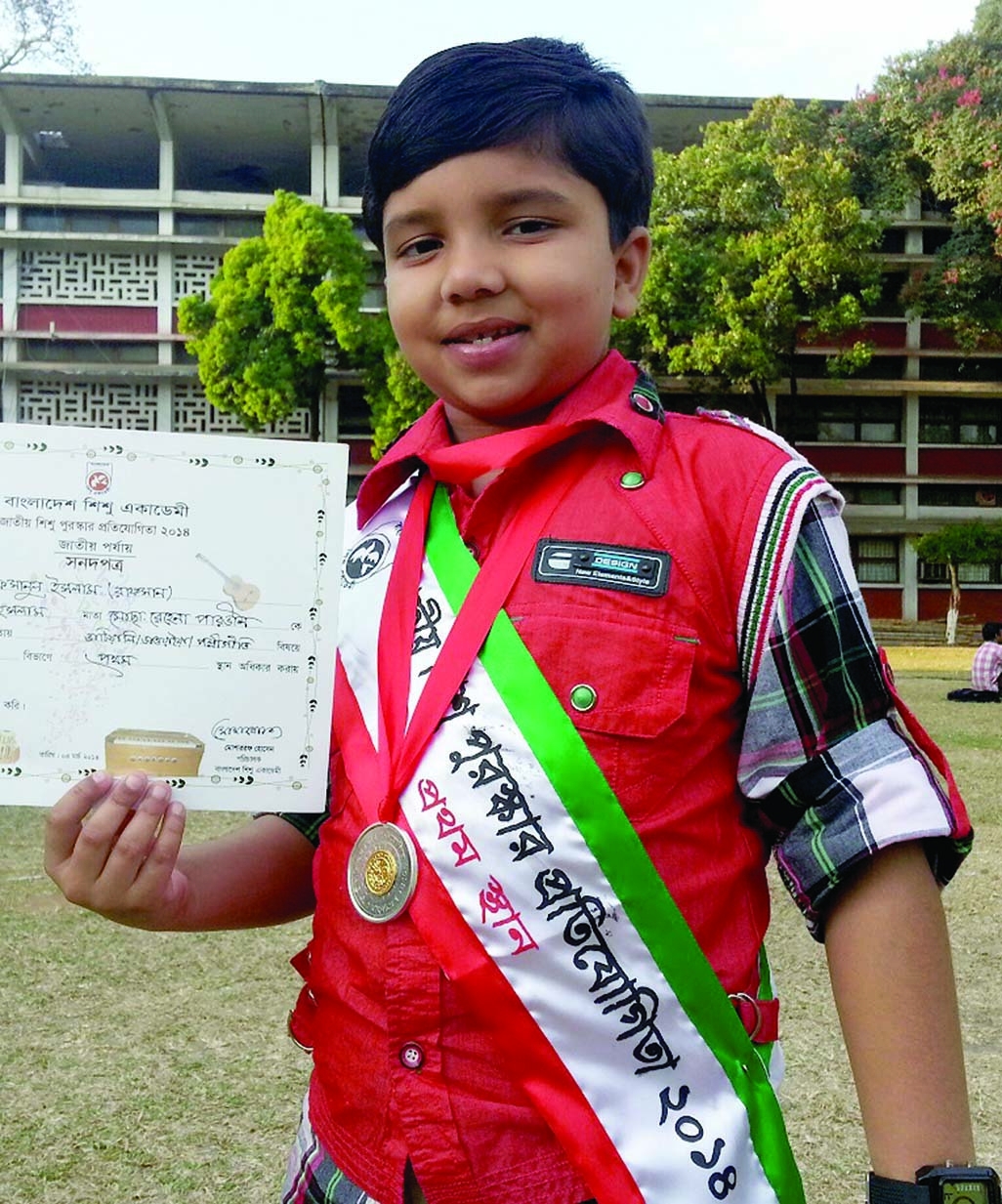 Rafsan hailed from Muktarpara of Netrokona won the top position in category of âBhatiali, Bhawaiya and folk songsâ (Ka Group) of the National Child Award Competition 2014 organised by Bangladesh Shishu Academy.
Rafsan, 8, received the gold medal from the Speaker of the National Parliament Dr Shirin Sharmin Chowdhury on Tuesday after securing the first position in the national level contest. After becoming first position in the competition Rafsan shared his feelings by this way, âI couldnât believe that I won the top position in the competition. But I wanted to become successful in the competition. I am grateful to my parents, Selim uncle and also Allah in this regard. Everybody pray for me as I can establish myself as a singer in the long run.â
It may be mentioned that son of Rafiqul Islam and Rehena Parvin, Rafsan is now studying in Class III in the Holy Child Kindergarten School in Netrokona. He has been regularly practising music in a local music school Shikor.
It also may be mentioned that popular singer of present time Nancy also became runner-up in this contest duringÂ  her childhood. She also hailed from Natrokona.Â Â Â Â Â