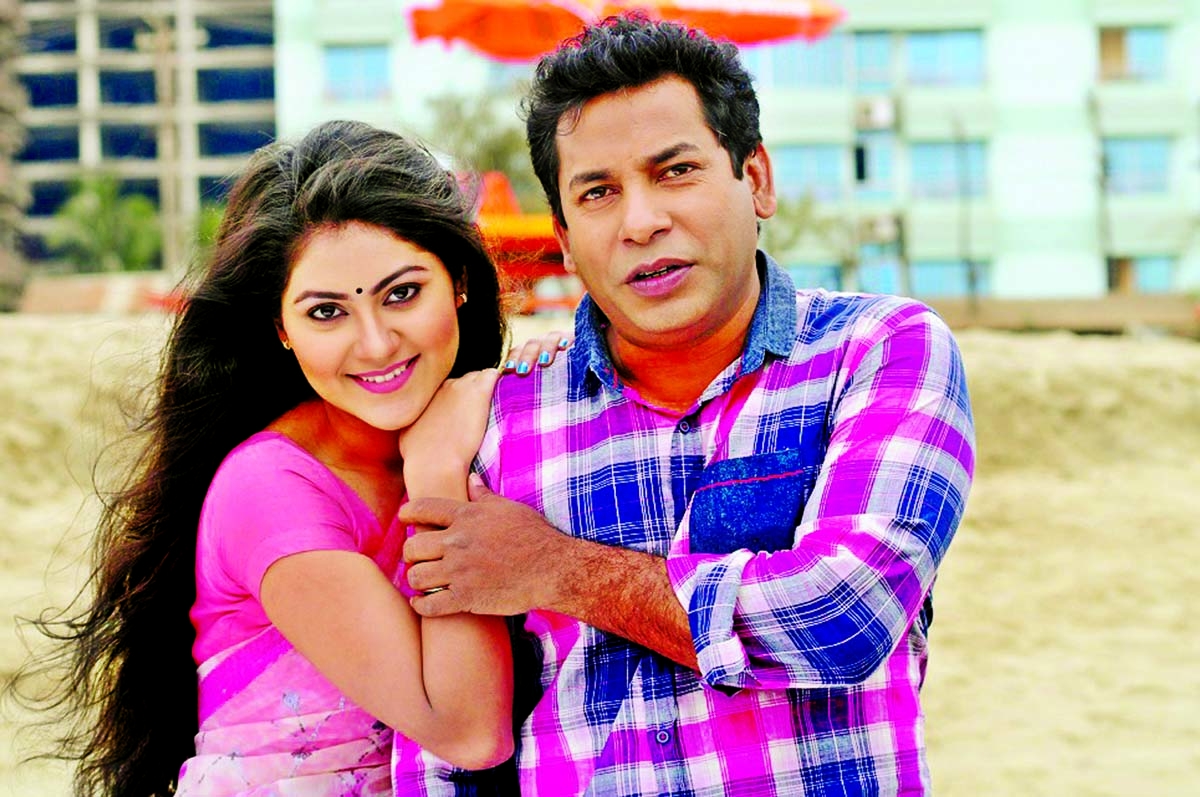 Honeymoon always becomes joyful. But some bitter experiences may be happened in somebody's life. Matia Banu Shuku shows this thing in her written play titled Tita Mitha
Modhuchandrima.
Jubayer Ibne Bakar has given direction of the play where popular actor Mosharraf Karim and actress Shaina Amin have performed as pair. They have performed in role of a newly married couple in the play.
Story of the play revolves with post-marriage incidents of a newly married couple. Their
Â experiences are the key issue of the
story of the play.
Shooting of the play has already been done. It is for the second time; Mosharraf Karim and Shaina Amin have performed together as a pair.
While talking about the play actor Mosharraf Karim told this correspondent, âI think the working process and style of Jubayer are absolutely different to others. He is very serious director. After completing shooting it became very nice work.â
Shaina Amin shared her feelings by this way, âEarlier I had worked with Mosharraf bhai for one time. He is very cooperative actor. I have worked very carefully while performing in the play. I believe that viewers will enjoy the play.â
The play Tita Mitha Modhuchandrima will go on air in any satellite channel soon, said its director Jubayer.
It may be mentioned that under the direction of Sharaf Ahmed Jibon Mosharraf Karim and Shaina Amin first performed together as pair in a TV play.
However, Mosharraf Karim has started to work under the direction of Masud Sezan in new drama serial titled Cholitechhe Circus. Moutushi Biswas is acting against him
in the serial.
Meanwhile, Mosharraf Karim acted drama serial titled Poribar Kori Kolpona, directed by Iqbal Hossain Chowdhury, is being aired
on NTV now.
On the other hand, Shaina Amin has already finished shooting of Jubayer Ibne Bakar directed another faction play titled Ke Bhashabe
Shada Megh-er Bhela. Matia Banu Shuku has also written script of this play.
Shaina Amin acted only drama serial titled Colour is being aired on SA TV now.
Shaina acted Nargis Akhter directed movie Putro Ekhon Paisawala is scheduled to be released in April, Shaina said.Â Â Â Â Â  n