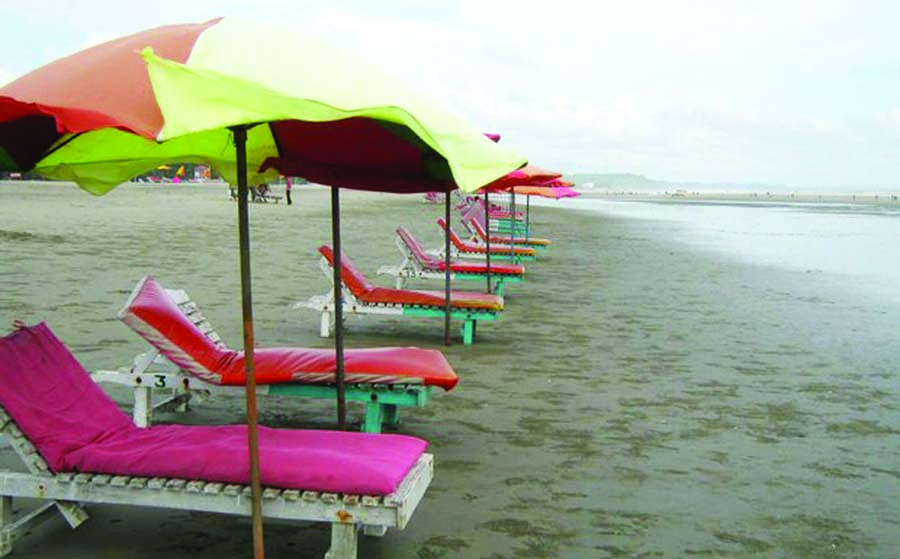 Government plans to promote Bangladesh tourism remains hazy even three months after declaring 2016 as the Tourism Year.
People involved with the tourism industry say they are 'unaware' of any initiatives based on the government's 'mega plan' to develop the sector.
On Mar 3, the prime minister's Press Secretary AKM Shameem Chowdhury said a decision had been taken to designate 2016 as the Tourism Year to "speed up work to develop and expand" the tourism sector.
The development cost, spread over the three fiscals, 2015-18, was estimated at Tk 2 billion.
Tourism business organisation TOAB's Executive Director Golam Kadir told bdnews24.com, "We know nothing about the plan and how it will be executed."
Bengal Tours' CEO Masud Hossain echoed Kadir.
"A mega plan generally requires extensive action. How much has been implemented?" he asked.
The government plans to attract about a million foreign tourists during the Tourism Year.
Hossain pointed to a lack of adequate infrastructure needed to meet this goal.
"According to one of our researches, about 30 percent of foreign tourists go to Sylhet. The tourism season mainly lasts five to six months. Has arrangements been made in Sylhet to accommodate 30,000 tourists a month?"
Civil Aviation and Tourism Minister Rashed Khan Menon said the government had plans to organise several international conferences, carnivals, and package tours in 2016.
But he admitted preparations had been sluggish.
"A national promotional committee has been formed. Representatives of various ministries and private entrepreneurs are in it. Issuing directives in a situation like this s takes time," he said, justifying the delay.
"There's a proposal to organise a regional conference in October-November to promote the Tourism Year," Menon said. "Seven countries are expected to take part. We're preparing for it."
He said work was on to build certain infrastructure. "Three bridges we need on the way to Kuakata will be constructed by December."
But Bengal Tours' Hossain says the 'logo or branding' necessary for such events had not yet been finalised.
Bangladesh Tourism Board CEO Aktaruzzaman Kabir said, "Our brand name for tourism is 'Beautiful Bangladesh'. We're all working with it, though with limited resources, and it has already become well-known worldwide.
"We're working with several ministries to increase regional connectivity. A 12-member team of representative from India and Nepal is visiting Bangladesh. We hope this will bring some business."
He also said a 'policy guideline' on the Tourism Year was being readied.
"We'll sit with the stakeholders soon to discuss it," he added.
Monjur Morshed, chief of travel agents' organisation ATAB, said he believed tourism-based infrastructure was needed to execute such plans.
"Tourism is a struggling industry in this country because there are no policies for this sector," he said. "That's why various long-term projects should be undertaken."
According to the Centre for Policy Dialogue (CPD), the political turmoil at the beginning of the year cost the tourism sector Tk 6 billion by way of losses.
CPD's Additional Director Khandker Golam Moazzem said, "There should be allocations in the budget to develop infrastructure to help the sector.
"Increasing allocations for the sector will help it grow."