Blind US teen hopes to be the first blind golfer 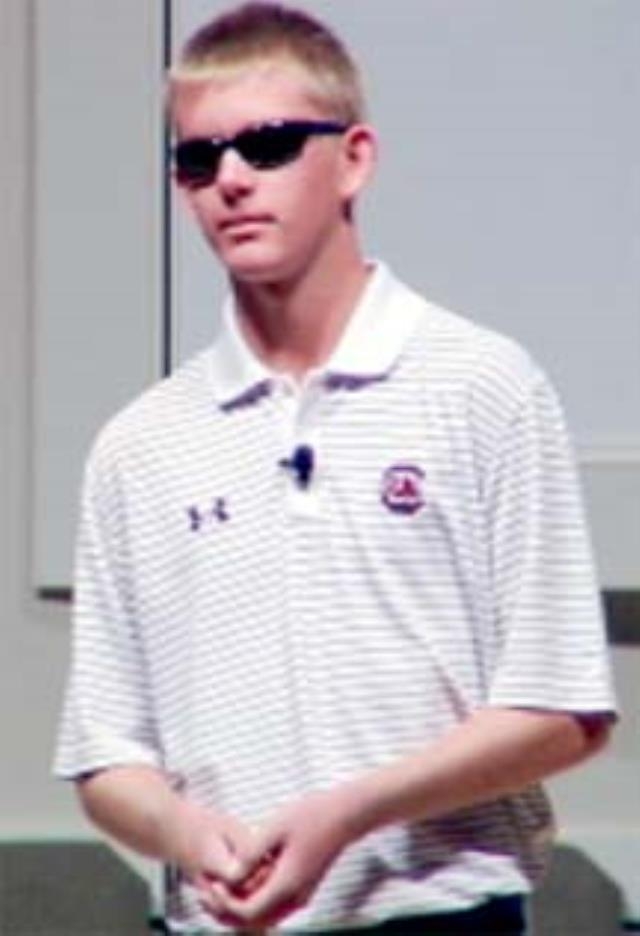 Life Desk :
A US teenager, who lost his sight while he was 12 due to a rare form of cancer, is hoping to be the first blind golfer on the PGA tour.
Sixteen-year-old Jake Olson, who has even written a new book called 'Open Your Eyes: 10 Uncommon Lessons to Discover a Happier Life', is mastering school, sports and just about everything else he tries and when he golfs, his father helps him line up the ball and tells him the distance and then he does the rest, without difficulty.
According to CBS News, Olson was just 10 months old when his left eye was removed because of a rare form of cancer and his right eye was removed when he was 12 due to the same cancer, although the teenager made a remarkable turnaround from his impairment after recently shooting a 78 on 18 holes in his bid towards US PGA.
Olson, who also plays football, said that he also gives motivational talks and believes that being blind is part of God's plan for his life, adding that a person needs just to have confidence in whatever he does and then go out and do it.