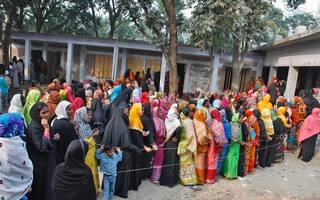 Elections will be held in 102 Upazila Parishads on Feb 19.The Election Commission has announced the poll schedule on Sunday. Their terms will end by mid-February. There are 487 Upazila Parishads in Bangladesh. However, the Secondary School Certificate (SSC) examinations are slated for February and the tests might coincide with polling in some areas. âWe want to hold elections without causing problems to the students,â CEC Kazi Rakibuddin Ahmad had said.