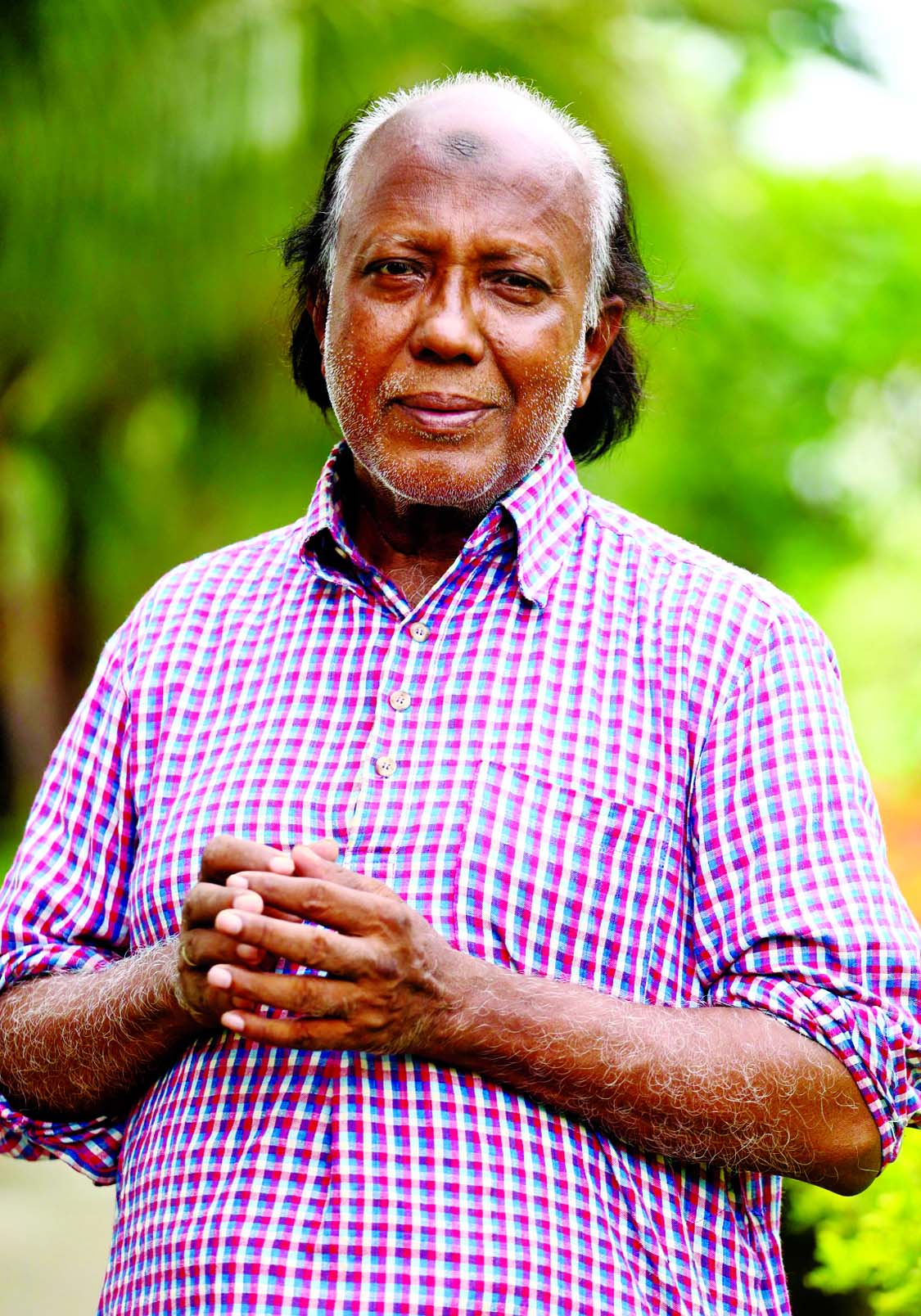 Entertainment Report :
Earlier he gave more time in teaching profession. Noted actor SM Mohsin doesnât get time for this because he always prefers acting. For this reason, besides teaching, he was engaged with acting previous years. But now besides acting, he is giving time to teaching profession.
Once SM Mohsin worked as a teacher of Drama and Dramatics Department at Jahangirnagar University. Former acting director general of Bangladesh Shilpakala Academy and first project director of National Theatre Mohsin is now giving time for workshop for the enthusiastic students who want to learn acting. He is acting in full swing now. He is engaged with acting for coming Eid plays.
Hailed from Tangail SM Mohsin started his acting career in TV and Betar before Liberation War. His acted first mentionable TV play was late Atiqul Haque Chowdhuryâs Roktey Bheja Shapla, which story was written by Abdus Sattar. His acted first radio play was Padakkhep.
Former student of Bangla and Journalism departments of Dhaka University SM Mohsin also acted in Munier Chowdhuryâs play Kobor, Chithi, etc. He also performed on stage on behalf of theatre troupes Shatrong and Natyachakro of Dhaka University.
He has given many theatre plays. His directed mentionable theatre plays are: Dipantor, Kobor, Subochon Nirbashon, Chup Adalat Cholchhey, etc. He acted many days with theatre troupe, Drama Circle. His acted first play outside the country was Keu Kichhu Bolte Parena. It was staged in Kolkata in 1972 under the direction of Dr Rafiqul Islam. Sheikh Kamal and Ferdousi Mazumder acted in role of his son and elder daughter in that play.
While talking about his acting career SM Mohsin told this correspondent, âBoth acting and teaching are blending with me. I enjoy both of these. I want to pass rest of my life with prays of my fans and everybodyâs love.â
SM Mohsin acted two serials - Mohor Ali and Nilambori - are being aired on Channel i and Maasranga TV now.
He is father of two sons - Rizwan Mohsin and Rashed Mohsin - who are computer engineers.Â