Seven in a patriotic song 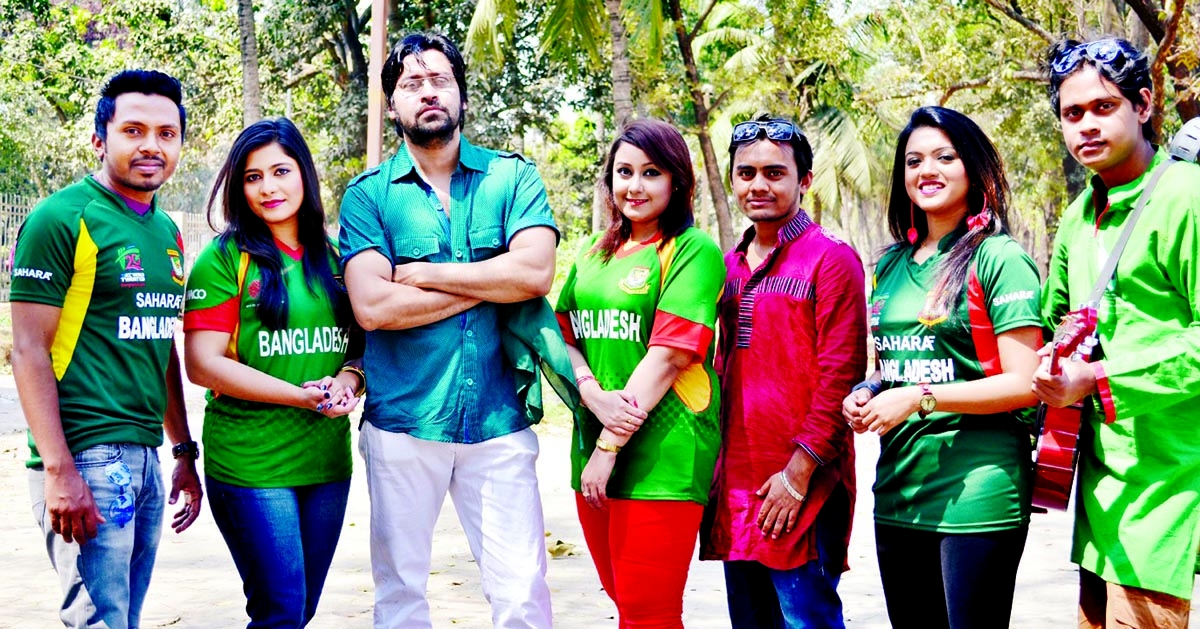 Seven singers at a photo session while taking part in shooting of music video of song on Ã¢â¬ËT-20 World Cup CricketÃ¢â¬â ¢ at Suhrawardy Uddyan on Sunday.

âT-20 World Cup Cricketâ is scheduled to be started from March 16 in Dhaka. Play director Ziauddin Alam has composed a patriotic song to focus on upcoming âT-20 World Cup Cricket.â He is also making music video of the song, which tune and music were composed by Ayon Chakladar.
Shooting of the music video began at Suhrawardy Uddyan in the cityâs Dhaka University area yesterday. Seven singers lent their vocals for the song which title is Khelbey khela T-20, Jegey uthbey bir Banglaee.
Belal Khan, Lopa Hossain, Mahmud Sunny, Arin, Ayon Chakladar, Kornia and Badhon gave their vocals for the track. All of them are taking part in shooting of the music video of the song.
While talking about the song its director Ziauddin Alam told this correspondent, âIt may be one of the best works in my life. Because for the first time I am making any music video and also written lyrics of a song based on patriotism. I am really impressed on everybodyâs cordial participation. I am grateful to these seven singers.â
It may be mentioned that these seven singers have lent their vocals for any patriotic song. They are absolutely excited to give their vocals for the track.
âThe music video will go on air in different satellite channels before the beginning of the âT-20 World Cup Cricket,â said its director Ziauddin Alam.