Apu Biswas to act in lead role in Raja Handsome 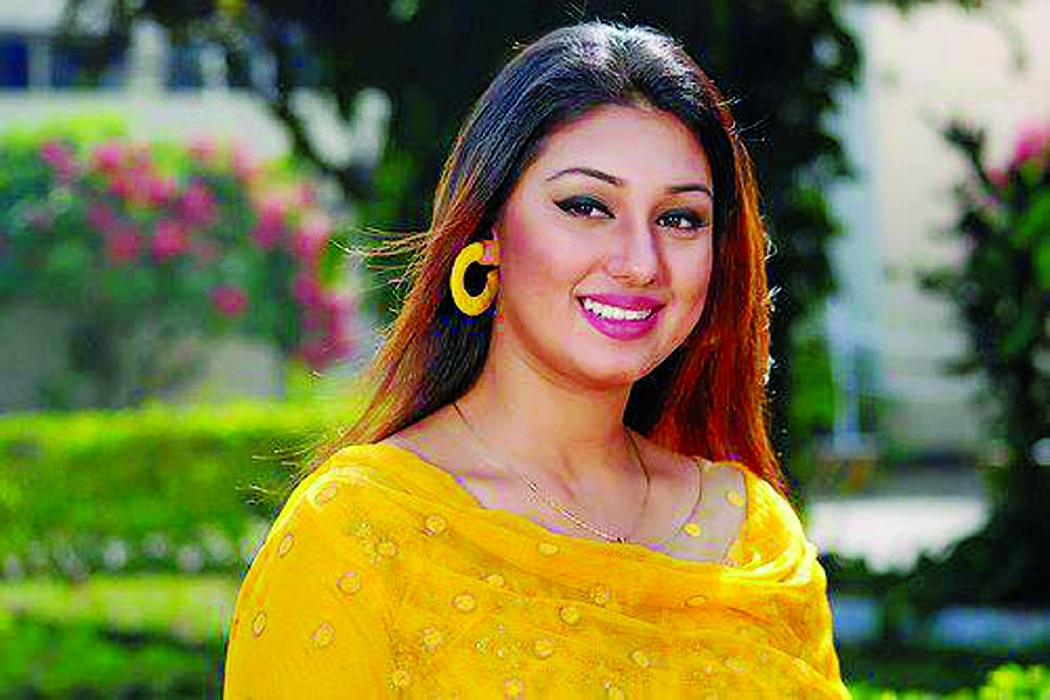 Recently, Bioscopewala Productions has officially signed heartthrob heroine Apu Biswas as its lead heroine in their upcoming feature film titled Raja Handsome, which is set to hit the big screen around October of this year while the shooting is scheduled to begin in late March.
A fast-paced action thriller, Raja Handsome is the countryâs first movie about a large-scale diamond necklace heist. Apu Biswas with her enthralling expression said, âAs soon as I heard the story I loved it, it is a very different and unique story.â
Shakib Khan is playing the role of the protagonist while Ahmed Sharif and others are playing the roles of the antagonists to create a justified balance. For supporting roles Misha Shawdagar, Amit Hasan, Ahmed Sharif, Amir Shiraji and many others have been selected.
The film is going to be directed by one of the countryâs most successful directors, Badiul Alam Khokon.
Several other high profile actors and actresses have been rumored to be joining the all-star cast, yet producers still remain hush about who else has signed on to the film so far. Fuad Al-Muqtadir is working hard for the music part of this film.
Bioscopewala Productions aims to make a Bangladeshi film that will be well received by Bangladeshis worldwide, and has teamed up with Bangladeshi talent from around the world to collaborate on this exciting project.
The film will be shot in various lucrative locations in Bangladesh besides in London, with a co-production partner.
They also confirmed that distributors in the UK and North America have already signed the film, and more countries would be added soon.