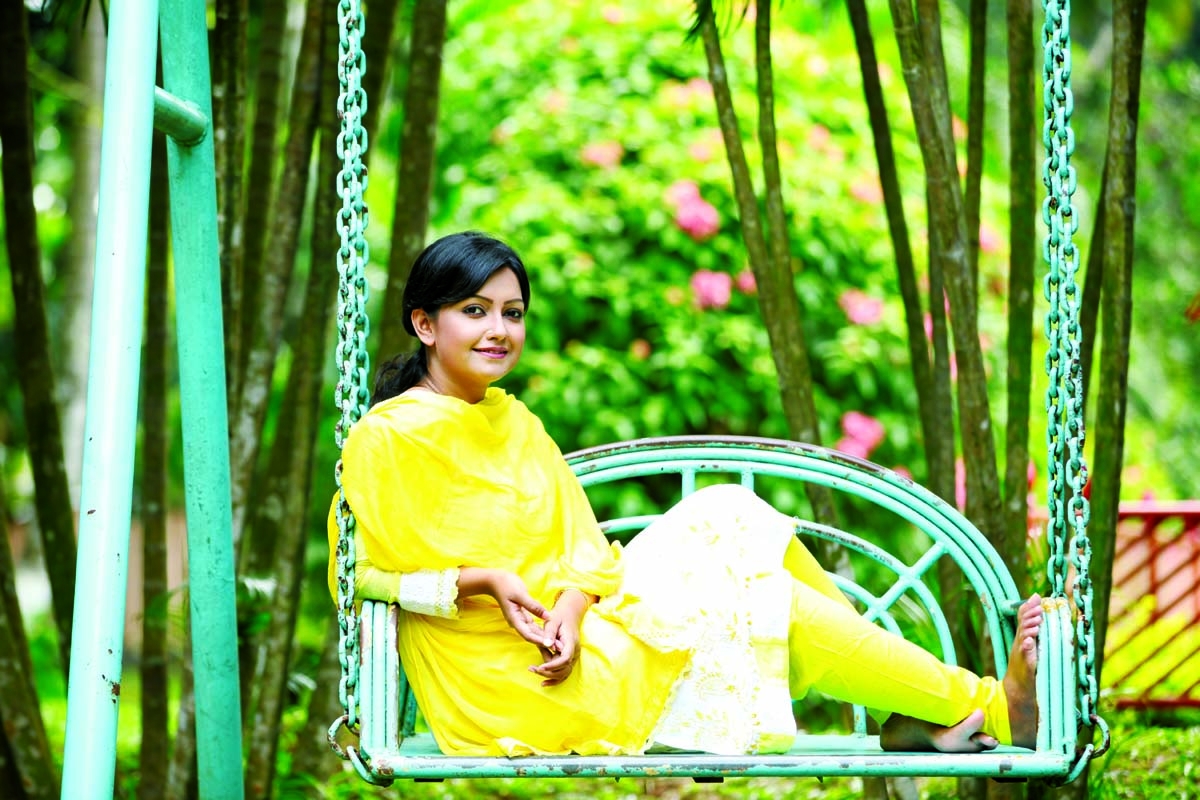 Though Nawsheen Nahrin Mou is very regular in TV plays, she was slightly appeared on the screen as model in television commercial (TVC). But Nawsheen acted TVCs became very popular among the viewers.
Once this popular radio jockey (RJ) has performed in a new TVC. She has worked in a TVC of Bijoy Rakin City under the
direction of Abu Raihan Jewel. Shooting of the TVC was held in the cityâs Uttara area yesterday. While sharing her feelings on her performance in the new TVC Nawsheen told this correspondent, âMy presence in the TVC was not unnecessary. Jewel bhai works very organisedly. I have liked to perform in the new TVC. I think viewers will also enjoy the TVC.â
It may be mentioned that Nawsheen first worked as model in Banglalinkâs TVC. Later she performed in several TVCs like Pran Mixed Masala, Fresh Milk, etc. Â
Nawsheenâs this new TVC will go on air in different satellite channels from next month, said its director Jewel.
However, Nawsheen acted two drama serials - Nirbikar Manush and Agun Khela are being aired now.
On the other hand, advertisement-maker Abu Raihan Jewel first made TVC of Angel City. He later made more 11 TVCs. He worked as assistant of popular TV actor and director Mahfuz Ahmed for many years.Â