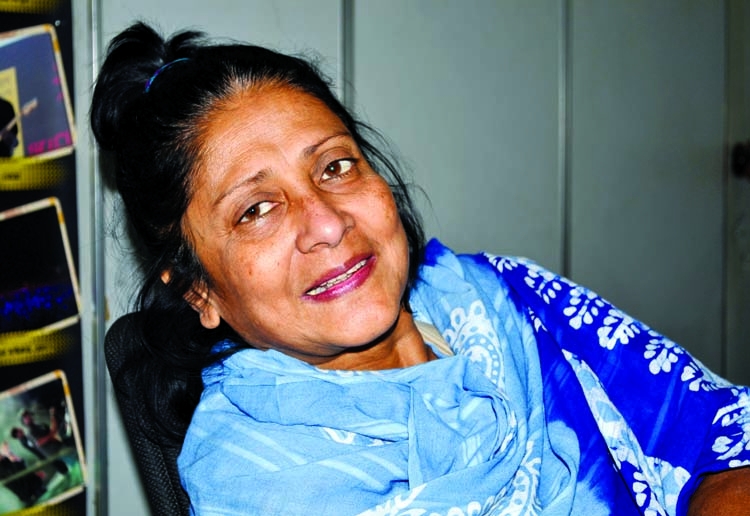 Once popular recitation artist, presenter, model and TV actress Camellia is now receiving treatment at Ayesha Memorial Specialised Hospital in the city's Mohakhali area after falling in a road accident.
Camellia got severe injury on her two hands. She was admitted into Lab Aid Hospital last week. Wrist of her right hand had fractured. She was later transferred to Ayesha Memorial Hospital. Besides wrist, Camellia was feeling other physical complications too. After receiving treatment from an orthopedic surgeon and a medicine specialist her physical condition started improving.
While this correspondent went to meet Camellia at the hospital she told, âI am getting well under the supervision of Dr Ashish and other physicians. I am grateful to all of them. Let everybody pray for me so that I can return to home within very short time.â
Director of Ayesha Memorial Specialised Hospital Dr Ashish Chakraborty, said, âCamelliaâs health condition is improving now. She will return her residence soon.â
It may be mentioned that Camellia has been engaged with cultural activities from her childhood. Camellia first performed as model against Khurshiduzzaman Utpal in an advertisement of Parapyrin. Later she performed in 38 TVCs. Former student of History Department of Dhaka University Camellia first performed in a TV play titled Tin Ghonta Biroti under the direction of Zia Ansari.
Once Camellia was called âqueen of jingleâ in the filed of television and radio commercials.
Camellia acted first drama serial was Rajjyo Raja Rajdhani, directed by Askar Ibn Shaikh. She acted in only short film Driver, directed by Badol Rahman.
Camellia written a poetry book titled Mimangshito Jonom is still popular to all.Â Â Â Â Â