Relatives now prepare for the worst 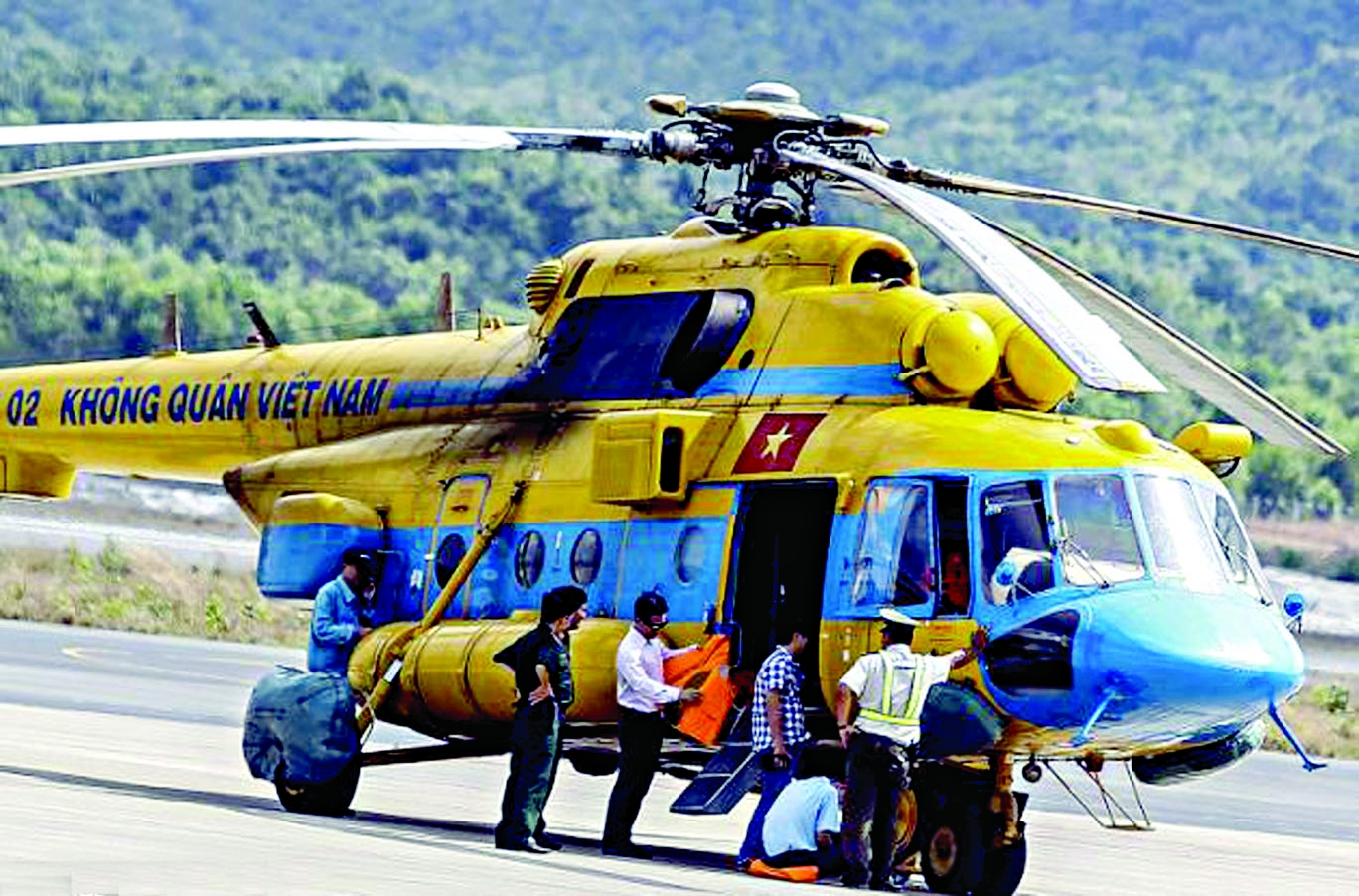 Vietnamese military personnel prepare a helicopter for a search and rescue mission for the missing Malaysia Airlines flight. Interner photo

China has urged Malaysia to "step up its efforts" in the search for the missing Malaysia Airlines plane that disappeared on Saturday.
Nearly three days after the jet went missing, an international effort has still not found the plane's wreckage.
None of the debris and oil slicks spotted in the water so far have proven to be linked to the disappearance.
Flight MH370 vanished from radar almost three days ago en route to Beijing from Kuala Lumpur, with 239 people on board.
The wait has been agonising for the family members of the missing passengers who are waiting for news at a Beijing hotel. The Chinese government is ignoring them, they complain. Information from official sources is scarce and often conflicting.
In comparison, China's social media websites have been overwhelmed with millions of messages expressing sympathy for those who knew people on flight MH370.
"Ask Malaysian Airlines for more information, not the relatives," one user scolds Chinese journalists. "The families are sad enough. Do not surround them with your cameras. Give them some space and respect."
Relatives of the missing passengers have been told to prepare for the worst. China said the Malaysian authorities needed to "step up their efforts" to find the missing airliner, which had more than 150 Chinese nationals on board.
The Malaysian authorities are attempting to address Chinese concerns - they have reissued a pledge to fly worried family members to Kuala Lumpur so they can be closer to the search efforts, our correspondent adds.
But one victim's relative - Guo Qishun, whose son-in-law was on the plane - said he did not see the point of flying to Malaysia.
There are now 40 ships and 34 aircraft from nine different nations taking part in the search in the seas off Vietnam and Malaysia.
US Navy officials earlier said their aircraft had not seen any debris associated with commercial aircraft wreckage.
Flight MH370 left Kuala Lumpur for Beijing at 00:41 local time on Saturday (16:41 GMT on Friday). But radio contact was lost at 17:30 GMT, somewhere between Malaysia and Vietnam.
Officials say they still have no idea what went wrong.
Malaysian military officials said on Sunday they were widening the search area because of indications the plane, a Boeing 777-200ER, may have turned back from its scheduled route shortly before vanishing from radar screens.
Investigators are looking at all angles, including a possible terror attack. Counter-terrorism agencies and the FBI are involved in the operation.
Five passengers booked on the flight did not board, and their luggage was consequently removed.
The passengers on the flight were of 14 different nationalities. Two-thirds were from China, while others were from elsewhere in Asia, North America and Europe.
British engineering company Rolls-Royce has confirmed that the Malaysia Airlines Boeing 777 was powered by two Trent 800 engines, built in Derby.
Malaysia Airlines is the country's national carrier, flying nearly 37,000 passengers daily to some 80 destinations worldwide. On Monday, shares in Malaysia Airlines fell 18% to a record low.