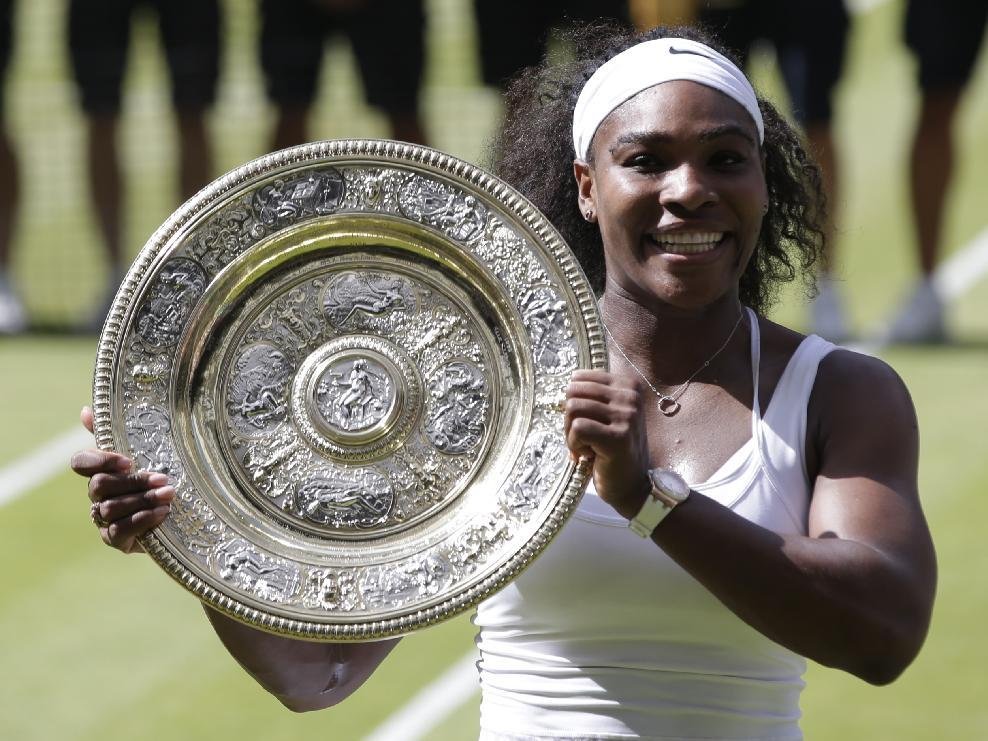 Serena Williams poses with the trophy after winning against Garbine Muguruza on Saturday.

Serena Williams beat Spain's Garbine Muguruza to win Wimbledon for the sixth time and complete the 'Serena Slam' as the holder of all four major titles.
The 33-year-old American won 6-4 6-4 on Centre Court to claim her 21st Grand Slam title and third of 2015.
Williams withstood a late fightback from 20th seed Muguruza, 21, to come through in one hour and 23 minutes.
She will head to the US Open next month aiming to complete the first calendar year Grand Slam of her career.
Muguruza was playing in her first Grand Slam final and took a 4-2 lead, before giving the top seed a mighty scare by battling back from a set and 5-1 down with two breaks of serve.
She could not quite complete the comeback, however, with an error-strewn service game setting up Williams to clinch a landmark win when the Spaniard found the tramlines.