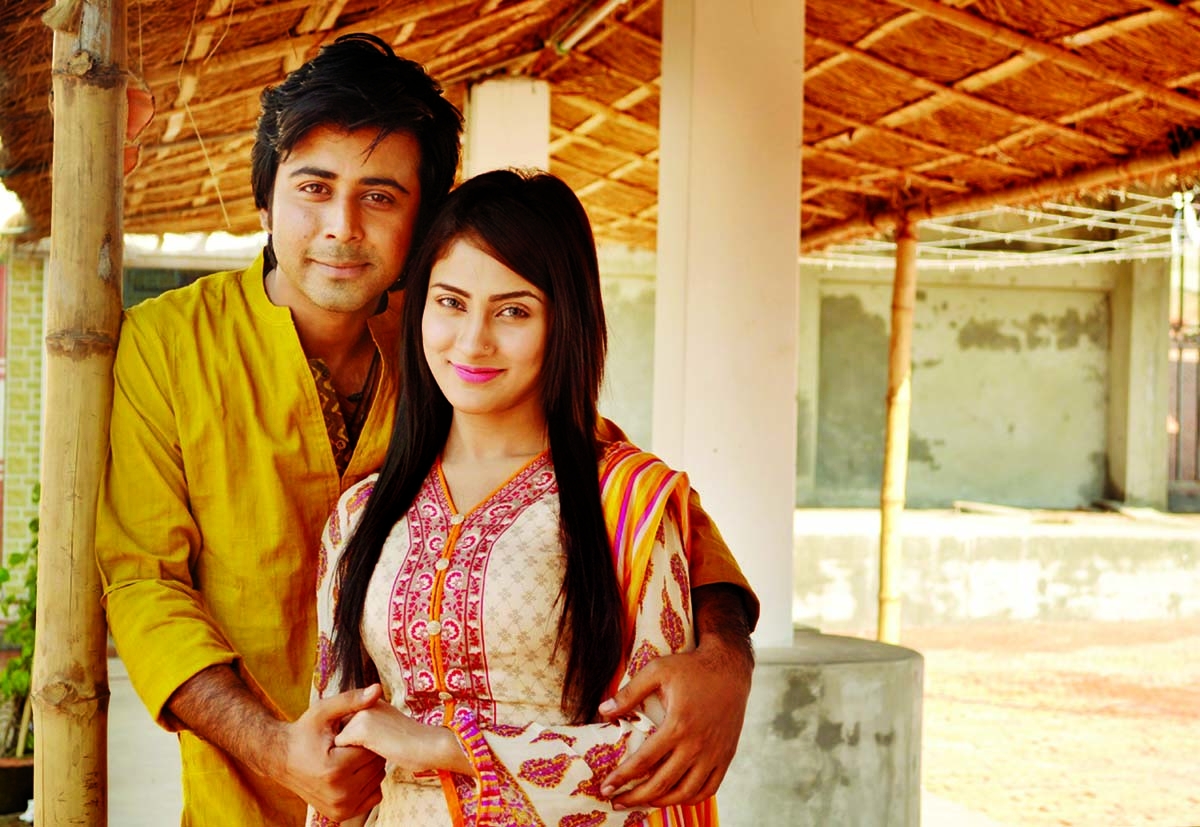 Rudro is a playwright. He survives by writing plays. Once he meets one of his fans, a female named Nila.
Meeting and also communicating with her at one stage a relationship of love between Rudro and Nila had developed. Then love story of Nila and Rudro continued. With this story written by herself Irani Biswas has a made a TV play titled Nilaâr Apomrittyu.
Afran Nisho and Mehzabein Chowdhury performed in roles of Rudro and Nila respectively in the play.
Shooting of the play was done at Mirpur DOHS and a shooting house in the cityâs Uttara area on
Wednesday.
Nisho and Mehzabein earlier worked together in same directorâs previous play titled The
Metamorphosis.Â  Â
While talking about the play actor Nisho told this correspondent,
âStory of this play is really strong. We have to perform very attentively and also mixed with our characters while taking part in shooting
of the play.â
Mehzabein shared her feelings by this way, âI had to take some times to relate with my character while taking part in shooting of the play. Therefore, I have successfully done my work only for Nisho bhai and directorâs cooperation. I think
viewers will also enjoy the play.â
The play Nilaâr Apomrittyu will go on air in any satellite channel soon, said its director Irani Biswas.
It may be mentioned that
Mehzabein last worked under Iraniâs direction in the play titled Probal Dwip-e Nirjonota. She last worked as a model in a television commercial of Glaxose D against player of the National Cricket Team Nasir Hossain under the direction of Adnan Al Rajib.
On the other hand, Afran Nisho again came into limelight to perform in Golam Muktadir Shan directed drama serial Lotakombol, which is eing aired on GTV now. In the meantime, he is also getting huge response to perform in drama serial Nil Ronger Golpo, which is being aired on NTV now. n