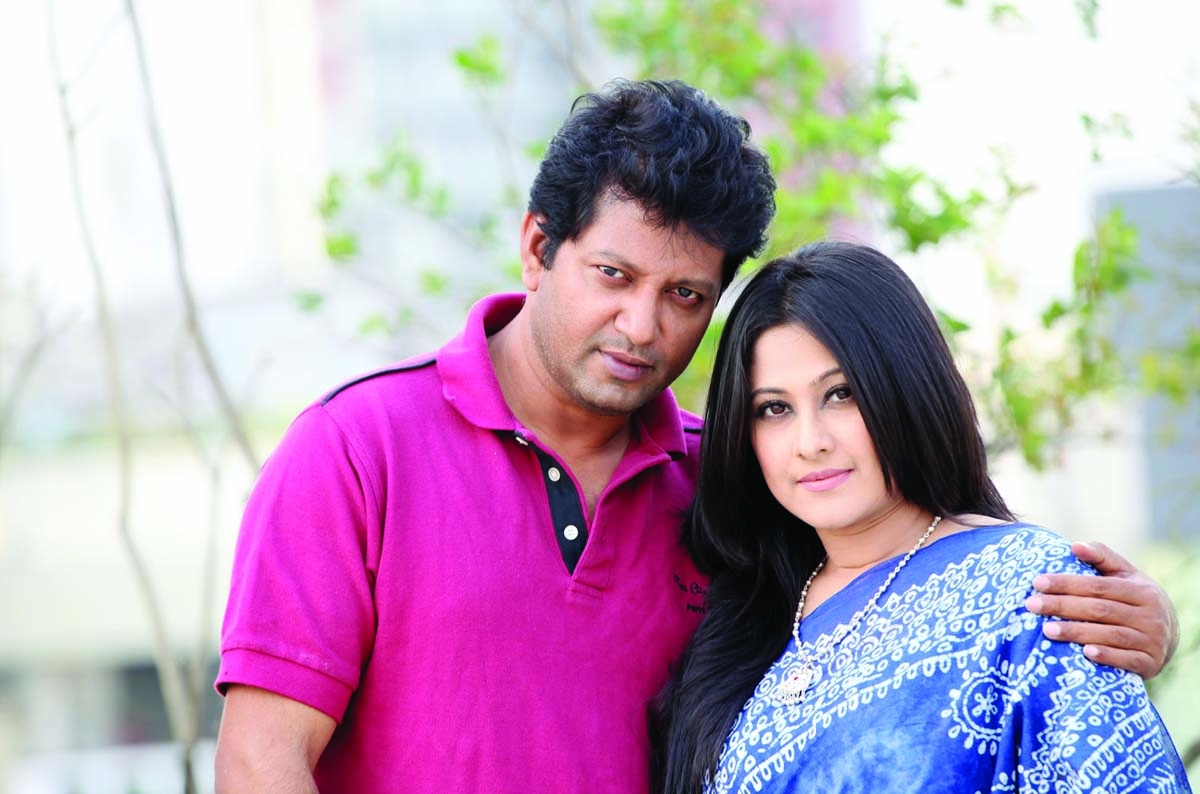 Aj Robibar was one of the much-talked TV serials of Humayun Ahmed once. Under his story shooting of first phase of drama serial titled EkjonÂ  Mayaboti will end today. The serial is being directed by Proprietor of book publication house, Annyo Prokash, Mazharul Islam.
Popular TV actor and director Mahfuz Ahmed is acting in role of âMonjuâ in the serial. Popular TV actress Sumaiya Shimu is also taking part in shooting in the serial with Mahfuz for last several days. Shimu is acting in role of âMiraâ who is a daughter of a rich person. She tied the knot with Monju after a successful relationship between them. At one stage, they separated from each other after an understanding between them. Story of the serial continues.
While asking Mahfuz how was his feelings to perform in the serial he replied, âIt is really a bad time where there is lack of good story and script of TV play or movie. From that point of view I can say that I am working in such a TV serial, which is based on a nice script. Therefore, there are nice arrangement, well management and overall a good teamwork. Everybody is trying to perform well. In fact, the performers are trying to give their level best efforts while taking part in shooting of the serial.â
Sumaiya Shimu shared her feelings by this way, âNow there is crisis of good story based TV play. I am really satisfied mentally working in Ekjon Mayaboti. Therefore, everybodiesâ cooperation impressed me well. I hope viewers will get the opportunity to watch a nice TV serial after a long time.â
Arun Chowdhury has written script of the serial Ekjon Mayaboti, which is being made under the production of âAnnyo Media.âÂ  Sumaiya Shimu not only worked against Mahfuz Ahmed earlier but also worked under his direction. Under his direction Shimu acted TV plays are: Ekjon Chhayaboti, Black November, Pitreedai, Ki Kotha Tahar Sathey, etc.
On the other hand, now Mahfuz Ahmed directed drama serials - Maago Tomar Jonnyo and Amader Chhoto Nodi Choley Bankey Bankey are being aired on ATN Bangla and Channel i respectively. These two serials are now on top of the TRP ratings, Mahfuz said.