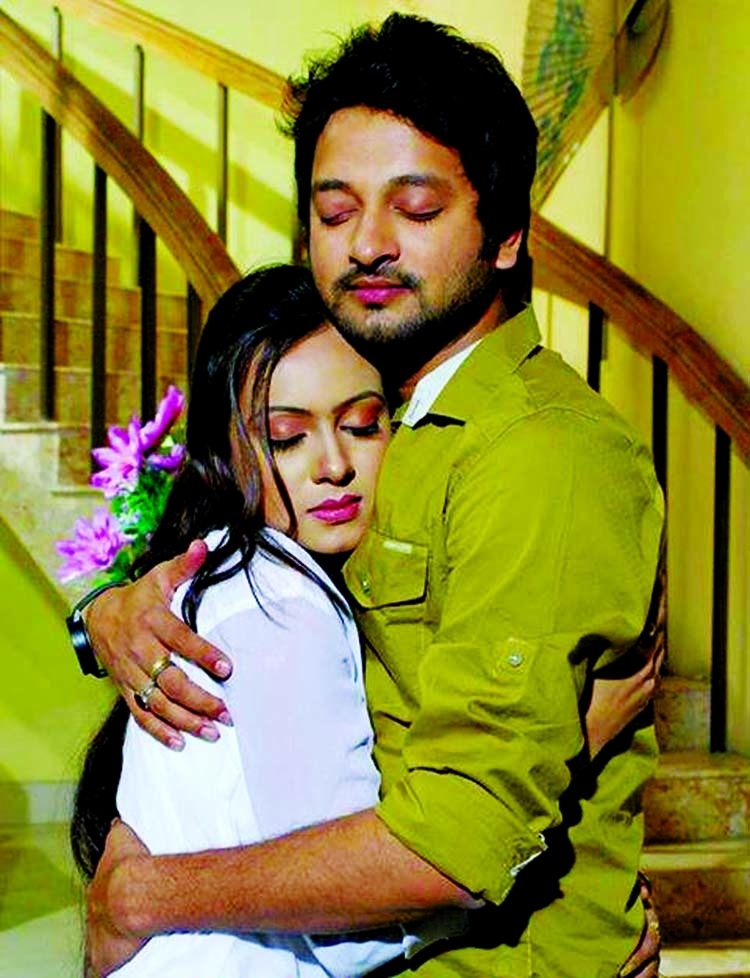 After taking part in the shooting for two weeks at a time at least 70 per cent shooting of Simon Tariq directed Bengali movie titled Matir Pori has completed recently.
Veet star and popular model Lamia is performing in role of lead heroine in the movie. She is acting against promising hero Symon Sadik in the movie.
However, after many years noted filmmaker Chashi Nazrul Islam has returned into acting arena by this movie. He is
performing in role of Lamiaâs father in the movie.
Meanwhile, once popular hero Subrata is also acting in role of Lamiaâs brother in Matir Pori.
Therefore, a promising pair - Tanin and Moumita were also taking part in shooting in the movie in important side roles.
While talking about the movie Matir Pori its director Simon Tariq told this correspondent, âMatir Pori will be an exceptional type of movie in the context of current Bengali film industry.â
He is very much optimistic about Matir Pori because viewers will get a different taste while watching the movie on the screen, he believed.
However, Simon Tariq is also going to make
another movie, which will be based on a romantic story, he said.